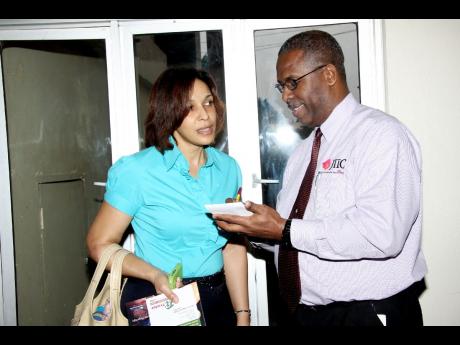 Jamaica International Insurance Company Limited (JIIC) says it is now fronting more business to other companies, a realignment that shifts peril and other risk off its books but has also cost the company three-quarters of a billion dollars more in reinsurance fees.

Byron Leslie Jr, risk and reinsurance manager, says JIIC has renegotiated its reinsurance treaty to hold a smaller portion of property risk on its books.

The insurance company, fully owned by GraceKennedy Limited, retains 30 per cent of the risk from property and allied policies, down from 40 per cent in 2008, while the other 70 per cent is covered by its reinsurers, mainly Munich Re and Swiss Re, according to disclosures in its 2009 earnings report.

The company has also grown its fronting business, the redistribution of risk by an insurance company to another through reinsurance agreements over the year.

"We fronted more policies in 2009 than in the previous year. It's about a quarter of the company's business, for which we get paid a fee for doing the arrangement," said Leslie.

The realignment has cost JIIC $2.25 billion in reinsurance fees, up from $1.5 billion.

Leslie said the company's increased fronting business was reflected in 'other income', which rose from $506.6 million to $704.6 million in a year, but would not disclose specifics of the deals struck.

In a market softened by recession, JIIC's gross premiums grew an anaemic 4.2 per cent from $3.47 billion - a six per cent decline in real terms given annual inflation in calendar 2009 of 10.2 per cent.

Net premium income was flat at $1.66 billion, but higher claims and administrative expenses doubled the company's underwriting loss to $321.6 million, from $148.9 million.

The increase in non-core income - fronting business included - was enough to turn the tide, positioning JIIC for higher net profit of $188 million, a 19 per cent climb on net income of $159 million in the previous year.

This year, Leslie said the company is projecting growth of 10 per cent, from fronting and its 15 product and service revenue streams.

"We are operating in a tough environment but look to do better than last year with new products to entice the market that will be very competitive," said Leslie. "We are continuing to look for opportunities throughout the Caribbean."

JIIC, however, already operates in other Caribbean territories.

JIIC, one of 12 general insurers in Jamaica, has a net worth of $2.1 billion, and last year held about 13 per cent of the market. The company provides no breakout of its business segment, but its chief business line, according to the Insurance Association of Jamaica, is motor coverage.