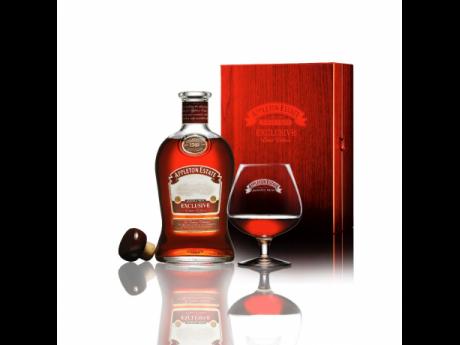 The makers of Appleton, J Wray and Nephew Limited, are among the companies that have sourced funding under the European-financed rum programme. - Contributed

Rum earns over US$500 million a year in foreign exchange and provides regional governments with over US$150 million in taxes annually, making it the largest agriculture-based value-added Caribbean export.

It provides direct and indirect employment for over 50,000 persons and many of its most significant producers are located in deprived sugar cane-growing areas.

For two weeks now, complaints by columnist and former diplomat, Sir Ronald Sanders, that Caribbean ministers and governments are failing to support the industry in its battle with Europe have been met with silence.

In an article titled 'Who will save Caribbean rum now?', Sir Ronald argued that the Caribbean rum industry is being abandoned, and asked why no Caribbean government was prepared to rise to the challenge posed by the European Commission (EC) as it reneges on commitments given to Caribbean rum producers' that the region had an obligation to act boldly and to do so now.

The Caribbean, he suggested, had lost sugar, lost bananas, and was now about to lose rum. It had lost the will to fight.

For the last few years, the Caribbean rum industry has benefited from a European programme that has been aimed at helping it develop and market higher-value branded rum in Europe. But it now faces two linked challenges.

The first concerns the inability of the European Commission to agree, for bureaucratic reasons, to extend by just 18 months the hugely successful rum-development programme that it funds jointly with the industry.

This is despite it being regarded as one of the best such arrangements that Europe has ever had and is helping practically one of the very few industries the Caribbean has that can hope to compete internationally.

The second involves the willingness of Europe - and it is said Caribbean diplomats in Geneva - to accept that Latin American rum-producing nations like Guatemala which are backed by large global spirits groups, should, through a secret deal, see being swept away the tariff that gives protection for a few more years to Caribbean producers.

What is happening to rum threatens to prematurely undercut Caribbean rum producers' market in Europe.

These linked arrangements were not just any trade deal.

As Sir Ronald pointed out, they were the result of a Caribbean-negotiated political deal struck between Europe and the ACP to end the negotiations for the Cotonou Convention.

The arrangement was structured in such a way that it was transitional and finite and was intended to compensate, in all but name, Caribbean rum producers for the early liberalisation of their product by the United States and Europe.

The industry, according to reports, has been fighting alone in Europe, supported only by letters from politicians and statements from CARICOM.

Only the Dominican Republic, whose producers are also threatened, has shown an interest in pursuing the matter directly through their own intimate and special relationship with Spain and the European Commission.

What is surprising is the official silence surrounding the future of an industry that is a central part of the Caribbean, helps promote the region internationally, identifies the diversity of Caribbean nations, supports tourism, and, above all, makes money.

Newspapers and radio are also silent on the issue.

As a consequence, no one in government or opposition has to answer the difficult questions about rum's future.

Why are our journalists not asking those who negotiated the original political deal, Anthony Hylton or Sir Shridath Ramphal, what they think; why are they not seeking comments from the industry; and why is no one approaching Professor Girvan to see what he thinks about an industry that backed the EPA and is now reaping the whirlwind?

And what of the EU's representatives in the region? How do they justify closing down early a successful programme that is about all they wish industry to be in the region when rightly it should have 18 more months to run?

But more important, why are Caribbean heads silent on the enforced decline of the only industry that seriously adds value to agriculture and provides government with large amounts of duty and foreign exchange.

The answer seems to be that they have run out of energy and ideas and have lost track of how to pressurise one-time friends in Europe.

They have lost the art of thinking strategically and have failed to recognise that if they do not defend one of the few parts of our private sector willing to compete internationally, a part of Jamaica and the Caribbean's future is being thrown away.

Apart from making clear that Europe cannot be trusted to keep to its word, the fact that Europe is reneging on what was a political deal ought to set alarm bells ringing.

If Caribbean politicians are not seen to stand up for deals that have a political dimension, Europe knows it can take the region and the ACP as a busted flush and will forever after ignore or take the region for granted.