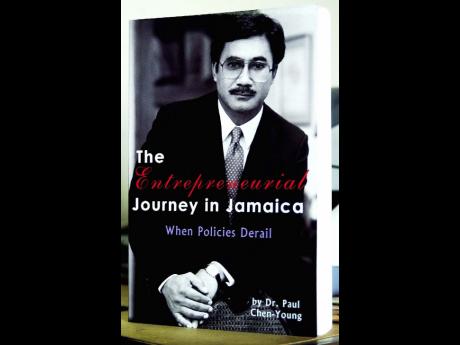 Disparate treatment was meted out by FINSAC to investors and principals in the sector.

In my situation, the Government not only stripped me of all assets that were in any way connected to any Eagle enterprise but also my personal assets having no connection to any Eagle entity.

Mareva injunctions were obtained and imposed that froze all of my assets. This occurred first in 1998 and then in the United States in 2007 to impose the rulings by Justice Anderson.

To recapitulate, in 1997 I sold the Eagle entities for $1 on the basis that I had lost everything and was of the opinion that the nominal payment was treated as full settlement.

This assumption proved to be flawed, since FINSAC employed the forensic audit firm, Kroll Lindquist Avey, to conduct one of the most comprehensive audits of any of the troubled financial entities in Jamaica.

Extensive interviews were conducted with Eagle auditors, members of staff and directors. I should note, however, that not one interviewed me, even though I was in Jamaica between 1997 and 1998.

Despite the efforts of the forensic auditors and the police, no criminal charges have been brought against me.

The commission might wish to consider whether such action was in keeping with the objectives of FINSAC to assist in the rehabilitation of the troubled financial entities. I doubt so.

This aggressive investigative approach was taken after the initial report from the forensic auditors on Eagle was considered by the FINSAC board.

Based on the findings of the expert, FINSAC brought five legal claims against me and associated companies.

Details of the claims and responses were filed as 'Further Statement of the First Defendant Dr Paul Chen-Young' (2003) and 'First, Second and Fourth Defendants' Closing Submission' (2004) in the Supreme Court of Jamaica and reproduced in my book, The Entrepreneurial Journey in Jamaica: When Policies Derail.

Justice Anderson ruled in my favour on two of the claims, and my attorneys have filed appeals on the other three claims citing flaws in his ruling.

These appeals - 'First, Second and Third Appellants' Opening Submission' and 'Additional Grounds of Appeal' No. 39 in 2006 - are in the public domain should the commission wish to have more details on the nature of the issues involved.

In 2007, the solicitor general used the rulings of Justice Anderson to bring legal claims against me and an associated company in Miami, Florida.

Without giving any notice to me or my attorneys, FINSAC secretly obtained injunctions that froze my personal banking accounts and those of the company with which I was associated.

This action totally destroyed the company, even though the Miami judge who had imposed the injunction later reversed that decision, subject to the outcome of the appeal in Jamaica.

As a result of the aggressive legal action in Miami, I had to close the company with which I was associated, Florida Phoenix Finance Inc.

This deprived me of earning a living and destroyed my professional and business reputation in the United States. Such action followed a legal course taken in Jamaica when FINSAC obtained judgment from Justice Rattray to overturn the ruling by Justice Anderson for the payment of legal fees and living expenses.

In short, FINSAC took every legal action that would cut off any income that would allow me to meet even basic living expenses and to pay legal fees. This prolonged legal battle against me has now lasted more than 12 years.

The commission could consider whether such actions were unduly harsh and ruthless against an entrepreneur who sought help from FINSAC, which reneged on a proposed joint venture, took over his companies, prosecuted him in the courts, destroyed his business and professional reputation overseas and virtually denied him the wherewithal to defend himself in court and the opportunity to earn a living.

Given what has transpired with the aggressive legal action againstme in Jamaica and Miami, it is instructive to cite an article written by Avey - the forensic auditor used in Jamaica who investigated the Eagle entities - in a Canadian business publication, CA Magazine, Nov 2006, which states: "The one disappointment for Michael Hylton (former solicitor general) is that no criminal charges have been laid in Century or Eagle."

It is also instructive to quote from former Minister of Finance Dr Omar Davies' address to Parliament in the 2006 Budget Debate. This was six days after he received the ruling of Justice Anderson, who had sent a letter of apology to Mr Michael Hylton on January 20, 2006 for his delay of over two years in ruling on my case. Dr Davies said: "The position taken by Government ... (is) ... a clear condemnation of the actions of many who have paraded themselves as entrepreneurs."

While Dr Davies' comment seems to make a mockery of entrepreneurs, I, on the other hand, have always valued entrepreneurship and worked legitimately and fiercely at being a success in the financial sector that, prior to the 1980s, had little domestic ownership.

In 1990, the Financial Gleaner named me as 'Innovator of the 1990s' and 'Business Achiever of the 1980s'. In the same year, Investor's Choice magazine named me 'Entrepreneur of the Decade' and the Jamaica Chamber of Commerce selected Eagle as the company that best displayed the 'Human Face of Business'.

In 1993, I was the first Caribbean or Latin American graduate from Howard University in Washington, DC, to receive its 'Distinguished Postgraduate Achievement in the Field of Business'.

In 1996, the American Universities Graduate Association awarded me 'Special Honor for Contribution in the Field of Finance and Business'.

Comments by the former minister of finance and the apparent sentiment of the former solicitor general do nothing to encourage entrepreneurship, especially in light of FINSAC's action, which served to ultimately destroy so many domestic businesses. The remarks could also be construed as being symptomatic of deeper motives that go beyond the normal course of legal remedies.

Next week: the conclusion.