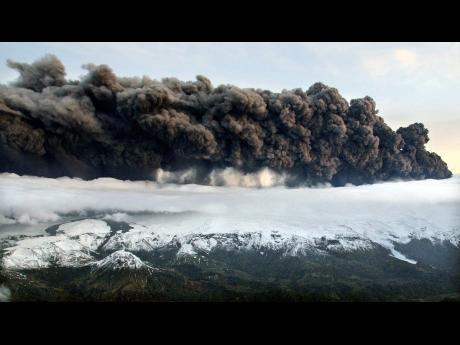 Smoke and steam hangs over the volcano under the Eyjafjallajokull glacier in Iceland, on Wednesday, which has erupted for the second time in less than a month, melting ice, shooting smoke and steam into the air and forcing hundreds of people to flee... 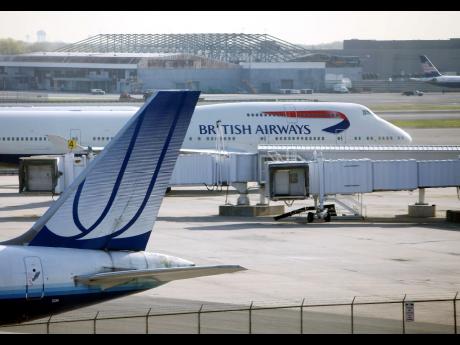 A British Airways plane is seen on the tarmac at John F. Kennedy Airport in New York yesterday. - AP Photos
1
2

An ash cloud from Iceland's spewing volcano halted air traffic across a wide swath of Europe yesterday, grounding planes on a scale unseen since the 2001 terror attacks, as authorities stopped all flights over Britain, Ireland and the Nordic countries.

Thousands of flights were cancelled, stranding tens of thousands of passengers, and officials said it was not clear when it would be safe enough to fly again.

An aviation expert said it was the first time in living memory that an ash cloud had affected some of the most congested airspace in the world, while a scientist in Iceland said the ejection of volcanic ash, and therefore disruptions in air travel, could continue for days or even weeks.

"At the present time it is impossible to say when we will resume flying," said Henrik Peter Joergensen, the spokesman for Copenhagen's airport in Denmark, where some 25,000 passengers were affected.

The move shut down London's five major airports including Heathrow, a major trans-Atlantic hub that handles over 1,200 flights and 180,000 passengers per day. Airport shutdowns and flight cancellations spread eastward across Europe - to France, Belgium, the Netherlands, Denmark, Ireland, Sweden, Finland and Switzerland and the effects reverberated worldwide.

French officials shut down all flights to Paris and 23 other airports, in France.

Airlines in the United States cancelled some flights to Europe and delayed others. In Washington, the Federal Aviation Administration said it was working with airlines to try to reroute some flights around the massive ash cloud.