'Get a grip on crime' 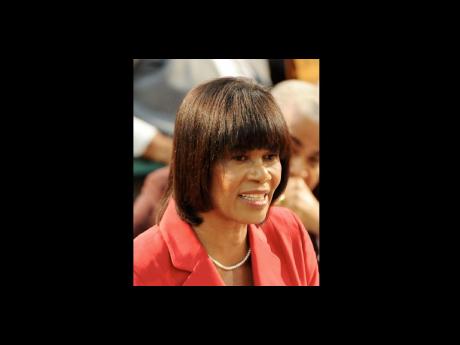 Opposition Leader Portia Simpson Miller is urging the Government to launch a rescue mission for the nation's at-risk youths.

In a more than two-hour contribution to the 2010-2011 Budget Debate in Parliament yesterday, Simpson Miller said a comprehensive programme must be put in place to turn back the tide of a "growing subculture of violence and disrespect" in the Jamaican society.

"We must rescue that youth who is a prime candidate for recruitment by criminals as well as those who are now in the clutches of criminals," the opposition leader declared.

She urged the Government to provide the budgetary support to "craft the social intervention programmes which will target the worst crime factories islandwide and systematically eradicate the conditions which manufacture murders and turn our playing fields into killing fields".

At least 466 people have been murdered in the island since the start of the year, police records indicate. A record 1,680 people were murdered in Jamaica last year.

Simpson Miller has warned that Jamaica will not become a just society if "so many of our young men and women feel that there is no other way".

Last month, a report from the CARICOM Commission on Youth Development highlighted crime as the major issue facing Jamaican adolescents.

Jamaican groups and individuals have expressed open disgust at the rise in violent crime on the island. Last week, the Church led a march in Spanish Town, St Catherine, demanding an end to the bloodshed.

Amid the wave of criminal activity facing the country, National Security Minister Dwight Nelson was due to host a press conference this week. That press conference was, however, postponed as a result of an "impending" national broadcast by the minister.

The Government has reduced its capital expenditure on national security this year, cutting proposed spending from $534 million to $491 million. The amount to meet recurrent expenditure has also been reduced from $11.3 billion last year to $10.1 billion this fiscal year.

Yesterday, Simpson Miller, who represents the South West St Andrew constituency, promised that her party would not turn crime into a political football.

"We must send a strong signal to the country that, as a parliament, we are united on this critical issue," Simpson Miller said.

The opposition leader told Parliament that the application of new technology and new techniques in crime fighting was critical.

"We must find ways to improve the rate of detention, arrest and conviction," Simpson Miller said as she urged that the discussion on public order be extended to include capacity building of the security forces.

Simpson Miller also said that it was critical for all Jamaicans to unite against crime.

"If parliamentarians, the media, the Church, community organisations, the trade-union movement and non-governmental organisations commit to solving crime and focus on doing so, we will defeat this monster," Simpson Miller said.

Meanwhile, the opposition leader also urged the Government to focus its attention on nurturing young minds. In a bruising attack on the Government for the level of its reduction to tertiary institutions, Simpson Miller lamented that the country would not be in the best position to move forward if its citizens are not properly educated.