How a lack of sleep can harm your body 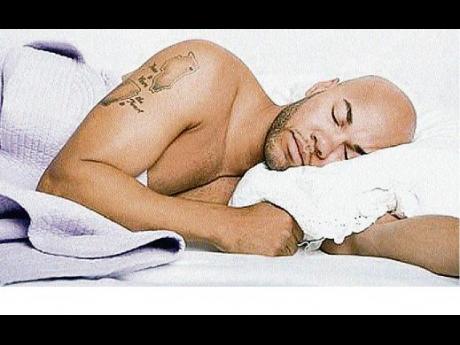 SLEEP IS probably the most important health-giving activity to humans although it is often neglected. Modern day living, with its longer working hours and stress, has greatly affected the way we sleep.

As a blood microscopist, I constantly receive reports from my clients that the quality of their sleep improves they begin to clean their blood. The quality of your red blood cells and, therefore, your entire health firmly rests on the type of sleep that you experienced. Before we look at this area in detail, let us first begin to understand sleep itself. What is sleep? What does it do? Why do we need it?

Although there have been many studies into sleep, it still remains a mystery to mankind. Many studies into it have tended to contradict each other. For example, some imply that eight hours is the average for humans. But other research has indicated that people who sleep seven hours live longer. More recent studies have also shown that less than seven hours' sleep can contribute to heart disease and cancer.

Orthodox sleep is the dreamless part of sleep and has four stages. The first stage of this type of sleep starts with twitching, jerking movements as the brain begins to fire up with increased electrical activity. As the body moves into the deeper states of orthodox sleep, the brain waves slow down. Levels three and four are the important parts of orthodox sleep and you can remain in these states for an hour to an hour and a half. At this deep level of sleep the body begins vital tissue repair, amino acid and white blood cell production. Without this form of sleep you will quickly become less immune to disease and everyday stress. Your body will also age more rapidly than it should do because of the lack of vital repairs being carried out. In a previous article, I spoke of your body being like a Formula One race car which needed to make those vital pit stops in order to complete the race.

REM sleep is also known as paradoxical sleep and this type of sleep occurs approximately four times per night. It happens at the end of the orthodox sleep cycle and usually lasts between 10-20 minutes. In this state of sleep, the eyes can be seen twitching rapidly as if they are watching movement. In fact, they are watching pictures, possibly of the previous day's activities or things done even further back in time.

This part of sleep is still misunderstood and scientists do not know the full purpose of this type of sleep. What is known however is that this type of sleep is essential for emotional and psychological well-being. If someone is deprived of it, it can lead to increased anxiety and other mental-health issues.

I have found that cleaning one's blood and producing healthy red blood cells have a remarkable effect on the quality of sleep a person experiences. I firmly believe that it is more the quality rather than the quantity of sleep which determines good health. I have worked with many clients who have either suffered from fatigue or severe insomnia and discovered that by simply changing their diet and lifestyle, they witness a dramatic improvement in the quality of their sleep and, therefore, their health. Above, right, is a case study of one of my clients who suffered from severe insomnia for many years before coming to see me.

Errol Denton is a nutritional microscopist live blood analyst in Harley Street focused primarily on the creation of healthy red blood cells. He can be contacted on 020 8498 9898 or www.livebloodtest.com

My name is Mark Warmer

I had my first microscopy session in March 2006.

I feel a
lot healthier and I have lost some weight.

And
my blood pressure has gone down since my first blood test.

I was
tested again in June 2006 and most of the yeast in my blood had cleared.
My blood cells were also in a healthy state.

STUDIES:
Much analysis has gone in to sleep patterns