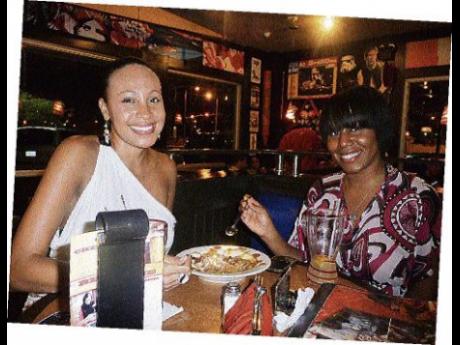 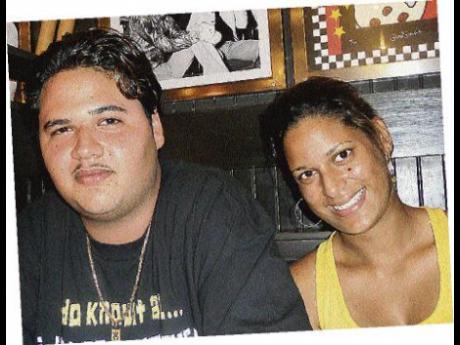 Our camera caught up with Tamara deSouza and Agatha Pinder-Foulkes chilling at the popular TGI Friday's. The two have been friends for a year and are both medical students. Here's an insight into their friendship.

What do you admire most about the other?

Agatha: Her wit, style and intelligence.

Tamara: Aggie is one of the most giving and sincere people I have ever met.

Every friendship has its ups and downs. How do you weather the stormy times and still remain friends?

Agatha: Communication. Whenever there is a problem, we talk it out.

Tamara: We talk it out and stay tolerant.

How would you approach the other when she has done something wrong?

Agatha: Well, we're both outgoing individuals, so I don't have a problem saying that she has done something that I feel was inappropriate, and vice versa.

Tamara: Depends. Calling the police if it's really bad. Lol. Otherwise, a direct approach is best. Bring up the issue ASAP and talk it out.

Who said males and females can't be just friends? But then again, maybe not. Well, Friend Cam got the opportunity to chat with Natasha Birthwright, a student, and Michael Mahfood, an entrepreneur and also a student.

What would cause a breakdown in your friendship?

What do you have in common with each other?

Natasha: Our personalities - we have the same likes and dislikes - and our family background.

Michael: Our traits and feelings. However, opposites attract to some extent.

How would you cheer up the other when he or she is feeling down?

Natasha: Just being around him and always making him smile.

What annoys you the most about the other?

Natasha: Talking to other guys in front of him.

Michael: Nothing. I love to be with her.