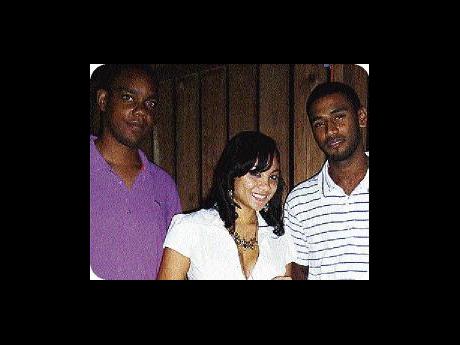 From left: Brian Bellamy, Treena Bailey and Andrew Henney take time out from a pool game to pose for our camera. 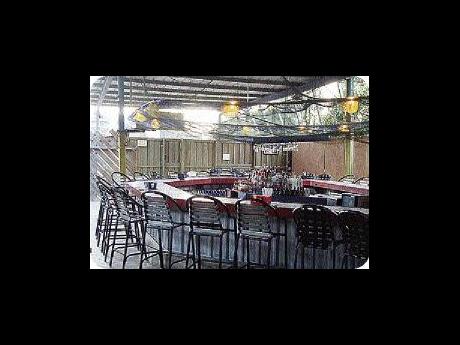 The Deck's 36-seat wrap-around bar keeps everyone in view and in conversation. - Contributed Photos 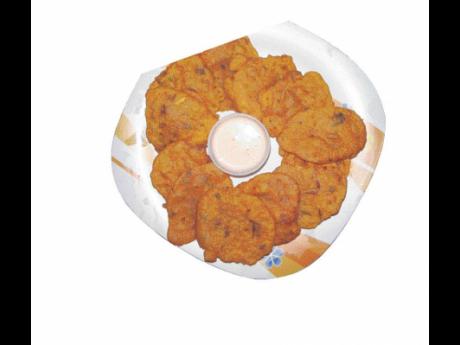 Above: This spicy take on your mother's salt fish fritters is sure to get your mouth watering.
1
2
3

Whether it's to blow off some steam after work, or just to catch up with friends, Jamaicans are always looking for a new place to hang out. With so many options, where do you choose? Today, Saturday Life gives you its take on what could become your new spot. This week's spot is The Deck.

With nets, wooden planks and even fish tanks forming the decor, it's easy to see how The Deck manages to stay afloat amid the rough seas of the Kingston night scene.

Part eatery, part sports bar and part bistro, The Deck proves to be all fun for its mature after-work and college-student crowd.

The brains behind The Deck are partners Richard Spence and Michael Muirhead, who first embarked on the business of entertaining themselves and their friends in 1996.

The move to their current location in the business district in 2002 has led to an increased capacity of 300, and a seating flexibility which is unmatched - with one of two bars hosting 36 sailors comfortably alongside a bevy of counters, tables and chairs.

Seating for customers is, however, a temporary arrangement, as The Deck's strobe-lit dance floor, as well as the musical styles of disc jockeys playing everyone from Maxi Priest to Baby Cham to Alison Hinds, or tunes from live bands like Bare Essentials or Fab 5, is sure to get your feet moving.

If dancing is not your strong point, feel free to partake in a friendly or high-stakes game of pool on either of the two tables The Deck boasts, or simply watch a game live on big screens.

After working up a sweat on the dance floor, playing pool or cheering for your favourite team, The Deck is sure to quench thirsts with its well-blended cocktails and, most notably, its crisp beers which have been meticulously chilled to perfection.

The Deck's 'Galley' is sure to serve up more than apt complements to the drinks, with a menu full of finger foods such as wings, stamp 'n' go and escoveitched fish cuts to heartier meals like jerked chicken, jerked pork and sandwiches. The Deck even offers complimentary soup to customers on Fridays.

Speciality nights like Nostalgia 'n' More on Tuesdays and Soca Thursdays during carnival season are just some of The Deck's unique offerings. The Deck also hosts special occasions, and is especially friendly to fund-raising efforts, having already tailored its offerings to support the endeavours of the Small Business Association and service clubs like Kiwanis. The Deck also does catering offsite.

With a flexible formula of food and flair, and an attentive staff, it's clear to see why The Deck's mantra is 'Nice People, Nice Place, Nice Attitude'.

Flats to heels and boyfriend tees to blazers

Pina colada: This smooth blend of pineapple, coconut and rum is a sweet treat, sure to get your night started.

Curried goat: Customers will be happy to walk the plank to sample this dry-land favourite.

Ideal for meet-and-greets: The Deck has become somewhat of a niche for professionals, and with its variety of activities, you're sure to add some business cards and phone numbers after breaking the ice over a game of pool or on the dance floor.