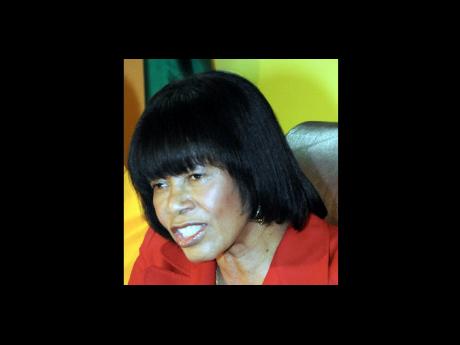 While ridiculing the Government's 'New Beginning' campaign during her contribution to the Budget Debate in Parliament Thursday, Simpson Miller said everything the Government boasted of in its campaign was the brainchild of her party.

"A new beginning means you should come with fresh ideas. New beginnings cannot be launched in the plans, programmes and achievements of your predecessors," Simpson Miller told Parliament.

Government kick-started its New Beginning campaign following the country's return to the International Monetary Fund in February. The initiative points to projects which will be undertaken by Government in the short to medium term and paints a glitzy picture of Jamaica's future.

Simpson Miller has contended that the branding of the campaign was the clearest indication of the Golding administration's admission of failure.

"The only thing that is new about your new beginning is that you are newly beginning to admit that the PNP's (People's National Party) ideas and plans were visionary. ... We are happy that the Government has finally come to its senses," Simpson Miller said.

Golding led the JLP to a four-seat victory over Simpson Miller's PNP in the September 2007 general election. The JLP won 32 seats to the PNP's 28 in the 60-seat House of Representatives.

As she fired punches at the Government, Simpson Miller said it was unusual for administrations to speak of new beginnings in the middle of their term.

"The very declaration is an acknowledgement that the past two and a half years have represented nothing but miscalculation, missteps and misdeeds," the opposition leader declared.