Life after bauxite - Not much different from before 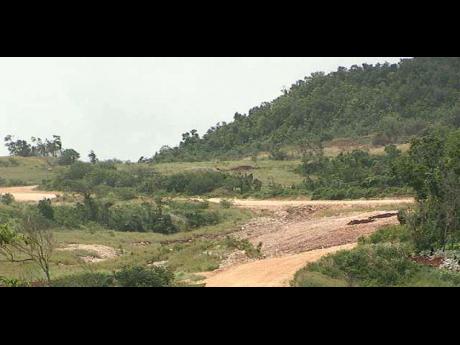 When the first load of bauxite weighing 10,000 tons left the shores of Jamaica from Port Kaiser, on the south Manchester and St Elizabeth border, during the night hours of February 9, 1953, for the United States, life changed. But no thought was given to when life would change again.

Amid what was labelled a new dawning for the Jamaican economy, the occasion, according to 90-year-old Donald Morgan of Cocoa Walk district, was one of celebration and great expectation. Everyone living in the mining belt expected a better life.

Prime lands were quickly bought up by the then Kaiser Bauxite Company for an average of £75 per acre.

With England, the ruler of the country at the time, retreating from its pinnacle as colonial masters and focusing on its own internal development, its need for cheap labour coincided with the bauxite company's land-purchase drive. With the promise of wealth abroad, many families used earnings from the land sale to migrate or send loved ones to England.

Today, 57 years later, many of those who sold their lands have passed on or live on the brink of poverty in south Manchester. Offspring now struggle to purchase a lot of land from the bauxite company for millions of dollars just to build a house, while others are surrounded by huge craters and a scarred landscape as their legacy from bauxite mining. For Donald Morgan, the bauxite experience has been a bittersweet one.

With memory fading, and living in a state far less comfortable than would be expected of persons living within minutes of the three major bauxite mining companies, he had no problem declaring that neither he nor south Manchester had benefited in any significant way from bauxite.

Councillor for the area, Icival Brown, lamented that after years of bauxite mining in the region and the nearly US$650 million earned in foreign exchange for the country yearly, it is hard to come to grips with the poor living conditions of residents in that part of the parish. With an air of disgust, she declared, "Can you imagine, not even water the people don't have."

For Mackey Logan, a businesswoman, the closure of the bauxite sector has made little difference in her community. She echoed what many others also said. The young people were unemployed and on the corner long before the closure. "We had no water, no telephone, no community centre, poor medical service, bad policing during bauxite and nothing has changed since its closure," said Glen Pitter, a former employee of Alpart.

Small towns, which used to be the centres of economic activity and depots for farm products, such as Cross Keys and Newport, are mere ghost towns with dilapidated buildings as their landmarks.

On the other hand, for Glendon Baker, a teacher by profession, one can argue that for the country on a whole the bauxite sector had generated some benefits.

He is, however, "disappointed" that as far as south Manchester was concerned, where most mining operation took place, there were very little positives to show.

Baker said small farmers who were dislocated during the mining exercise were hard hit, as they are left with craters and no topsoil to farm, although the lands should have been resuscitated by the mining companies.

Vicent Wright, a hardware merchant in Cross Keys, said there was no doubt that the bauxite sector had benefited the country, but he contends that the benefits were poorly managed by the various governments. He said there should have been an education foundation set up specifically to address the educational needs of the region, as well as health needs. However, Wright said that if given the appropriate stimulus the farming sector could easily fill any economic gap left by the closure of the bauxite companies.

In an effort to focus the parish on an alternative economic path, the Manchester Chamber of Commerce, led by banker Winston Lawson, has been staging a series of forums to explore opportunities for persons who wish to go into business for themselves.

In the meantime, while some mourn the loss of nearly 3,000 jobs, many mourn the loss of indigenous fruit trees, birds and plants, environmentalists, such as Valerie Dixon of the Resource Citizens Association, are glad and hope the closure of the sector is permanent. Some pointed out that the environmental damage done by the bauxite companies was directly responsible for the long drought the parish was experiencing. This, they said, may not be repaired for hundreds of years to come.