Butler to coach in Norway 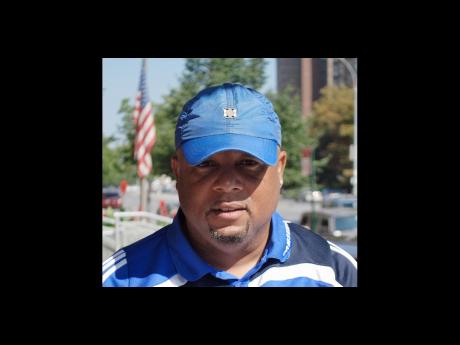 Forty-one-year-old Butler is in the process of formalising an arrangement with Norwegian First Division club Sogndal.

"It will be initially for one year. The contact was made through a good friend and former teammate of mine at San Jose, Michael Emenelo, now the chief scout at Chelsea," Butler said of his new move.

In discussions with the club, Butler said they seemed pretty happy with what he had to offer, and indicated that they liked his football background.

"The fact that I have played in France, the US and Portugal, and the fact that I am fluent in both French and Portuguese seemed important to them, and they have also enrolled me in a class to learn the Norwegian language," he explained.

"This opportunity means so much to me. Getting a chance to work in football, something that I grew up on ... something that I dearly love ... one could not really ask for more," gushed Butler, who amassed 69 caps for the "national team," he added.

Following his retirement from football in 1998, the former Reggae Boy has worked as a coach and scout. He coached with the New Jersey Dynamos Soccer Club from 2000-2005. The following year he coached the MAPS Boys team for the New Jersey Crew Soccer and led them to the US Club State Cup.

In 2007, he was named the head soccer coach at Oratory Preparatory School in Summit, New Jersey, and guided them to an 11-6 season and their first appearance in the NJSIAA State Championships since the 1990s.

"This is just the start, but I hope one day when I am finished in Europe to be back in Jamaica working alongside my former teammate, Theodore Whitmore, with the national team. I also aspire to one day being the president of the Jamaica Football Federation (JFF)," he added.

Butler has a number of firsts to his name, being the first schoolboy to sign a semi-professional or professional contract right out of High School. The then Dunoon Technical high school student and Harbour View player impressed in the Caribbean Club Championships and was snapped up by L'etoile in Guadeloupe in 1987.

The following year he moved from the department of France to the mainland, and signed for Stade Brest in the French first division, where he remained until 1990 before quitting the professional game to attend the University of New Hampshire.

Armed with a degree in Sociology four years later, the Port Royal native signed for the New Jersey Dragons in the United States Soccer League (USSL), where he stayed a year.

Butler was on the move the following year, heading to Portugal where he played with first division team Torreense for the 1995-1996 season. From Torreense, the cultured midfielder was selected by the then San José Clash, now Earthquakes, for the inaugural US Major League Soccer (MLS) season (1996). He was the number two pick in the second round of the draft.

He was traded to the Columbus Crew in November, 1996, but left the team after playing one game and scoring one goal to focus on the Reggae Boyz's historic qualification for the 1998 World Cup in France.

Injury, and publicly voicing his dissatisfaction to then technical director René Simoes' plan to replace some members of the squad who helped the team qualify, with overseas-based players, ruled him out of a place in the World Cup Finals.