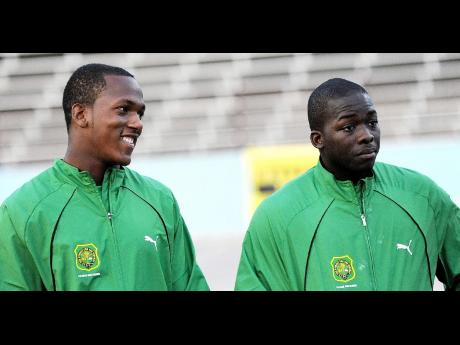 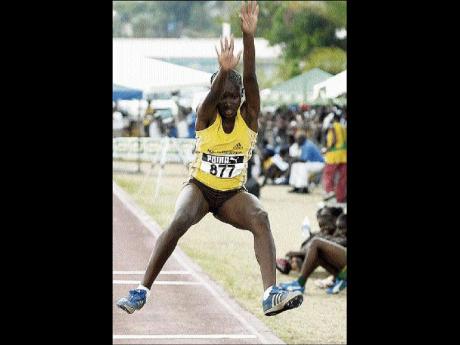 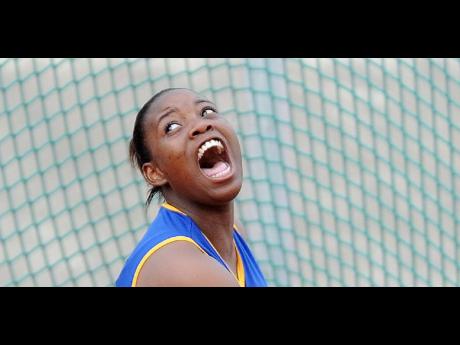 JAMAICAN high schools will be well represented in individual events at this year's Penn Relays in Franklin Field, Pennsylvania.

When competition in the 116th staging of the relay carnival starts next Thursday, there will be a record number of entries, 21 among the girls and 26 boys for a total of 47.

The only male winner was St George's College's Kimarki Absolom, who cleared the bar at 2.06m to win the boys' high jump.Jamaican athletes could, based on performances at the ISSA/ GraceKennedy Boys and Girls' Championships and the Carifta Games, match last year's showing.

With defending 400 metres hurdles champion Nikita Tracy not eligible to compete this year, having used up her four years of eligibility at the meet, her sister and teammate Ristananna Tracy will be hoping to take up the mantle.

She was second at Champs behind Nikita in 58.96 and improved on her time at the Carifta Games, where she won gold in the Under-20 category in a season-best 58.58. Although she is ranked number two in the event she is expected to win. The other Jamaicans down for the event are Shauna Gaye Tracy of Manchester High and Monique Lovelock of Convent of Mercy Alpha.

Third-ranked in the high jump, Reid will be hoping to score back-to-back victories following last year's success. She has a season best of 1.80m, the height she cleared to win the Class Two gold at Champs.

She will be hoping to recoup losses after her second-place finish in the Under-20 event at Carifta Games, where she did 1.76 metres behind Shanice Hall of Wolmer's Girls School, who is not entered in the event. The other Jamaicans down to compete are Edwin Allen's Kimberly Williamson, Vere Technical's Shaneika Thomas, St Andrew High's Kathie Lee Laidley and Alpha's Sedean Cesvette.

Like her teammate, Farquharson will be hoping to defend her title successfully in the triple jump. Winner at Champs with a wind-aided 13.20m and a second-place finish at Carifta in the Under-20 category with 12.54 metres, she is the number one seed in the event. St Jago High's Tanya Bryan is also entered.

Porter will be the big favourite following her brilliant record jump of 6.43 metres to take the gold at Champs in Class Two. Holmwood Technical's Jeneive Russell, who was second with 6.07 metres, is also entered, along with Camperdown's Class One champion Nickeiva Wilson, Holmwood's Nickeisha Beaumont, St Elizabeth Technical's Opal James and Alpha's Tatian Wolfe.

Champs discus record breaker, St Hugh's Candecia Bernard, will lead a strong Jamaica charge in the event this year. She is the top seed following 48.71m national junior record at the Carifta Trials and her 46.76m at Champs. She was second at the Penn relays last year.

Carifta Under-20 champion Sasha-Gaye Marston of Edwin Allen, who took advantage of Bernard's foul attempts to win the gold with 46.07m, is not far behind. The field also includes Vanessa Levy of Vere Technical, who was third last year while competing for Edwin Allen, St Jago High Kellion Knibb and Bernard's teammate Devene Brown.

Following his impressive winning jump of 2.14m at the Carifta Games in the boy's Under-20 high jump, Kingston College's Jonathon Reid is favoured to deny defending champion Absolom of St George's College two wins in a row. Reid cleared 2.10m at Champs.

Calabar strongmen Chad Wright and Traves Smikle, who have both been having dream runs all season, will be hoping to continue their tremendous form when they compete in the discus. Wright has shown tremendous improvement this season. At the Carifta Games, he made a massive throw of 63.11m to break the record for the gold, while Smikle threw 58.24m for the bronze medal. Others down to compete are Kingston College's Cannigia Raynor and Oshane Harris, Excelsior's Raschane Cunningham and Jamaica College's Michael Cameron.

Calabar's Ashinia Miller is the lone competitor in the shot put and will be hoping to improve on his season-best 18.41 metres at the Carifta Games.

Bellefield High's Kemoy Campbell, following outstanding performances at Champs 100 where he broke the meet records in the 1500m and the 5,000m, along with a double win at the Carifta Games, which included a record run in the 5,000m, will be hoping to maintain his excellent form. He will compete in the 3,000m.

With Trinidad and Tobago's Jehue Gordon, the World Championships fourth place finisher, in the 400 metres hurdles entered in this event there is little chance for a Jamaica win. The Trinidadian broke the Carifta record in the event this year when he clocked 49.76 and is expected to win easily. Munro College's Patrick Campbell, Calabar's Marlon Dixon and Wolmer's Geoffrey Brady are the Jamaicans entered in this event.

Wolmer's athletes will be carrying their school's hopes in the long and triple jump events. Fuller, the Class One champion with 7.45 metres and the Carifta Under 20 champion with 7.62 metres, will be hoping to go much further. Kingston College's Jerome Wilson and Rayon Walcot, Calabar's Marlon Thompson, Herbert Morrison's pair of Teiveskie Lewin and Darrell Edwards are also down to compete here.

In the triple jump, Ramone Bailey and teammate Christopher Waugh will carry the fight for the Heroes Circle school as Champs winner Damon McLean of Campion College, who did 15.28 metres, will be hoping to give his school their first success at these championships.