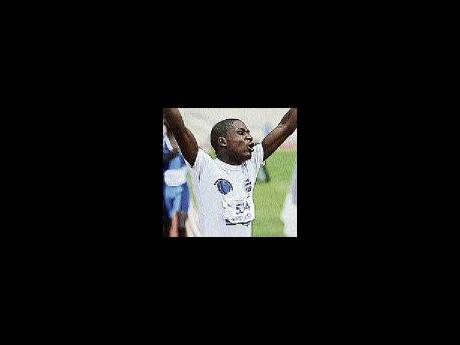 The feat saw them surpassing Vere Technical's record of 15 consecutive girls championship victories between 1979 and 1993, to become the school with the most successive wins at a track and field meet in Jamaica.

John Mills' coach, Ransford Spaulding, was very happy with his team's accomplishment, but not surprised.

"I am overwhelmed, I am elated, I feel good because I call this win mission accomplished," said Spaulding. "This is hard work, commitment and dedication leading to 16 consecutive wins and 18 overall. I had predicted this from way back in November; this huge win was expected."

John Mills amassed 583.50 points to win the 31st staging of the championship.

The perennial champions, who came into the final day with a 38-point lead, set the tone from the very first event when Runique Gray took the girls long jump Class One with a record-breaking leap of 5.28 metres, eclipsing the previous mark of 5.23m, which was set back in 1982 by S. Hutchinson of Windward Road.

John Mills were also responsible for the second record of the day, when 13-year-old Nakeem Hemmings captured the 800m Class Three event in a time of 2:15.13, shaving 3.37 seconds off the previous high standard of 2:18.5, which was set by Kirk Allen in 1998.

Hemmings returned later in the afternoon to win the boys 1500m Open in 4:37.90. Naturally, he was very pleased with his performance.

"I am feeling very good and I have to give thanks to the coach, he gave me the instructions how to run it and I just did as he said and I took my training hard," said Hemmings.

Odane Watt of John Mills did not disappoint in the 400m Class Three, as he followed up on the 55.95-second clocking he ran in the preliminary round to beat the previous record -- 56 seconds flat - which was set by Anthony White back in 1992. He lowered the mark to 55.44 seconds in the final.

With Watt breaking the 400m Class Three record twice, it brought to seven the number of records that were broken over the three days of competition.