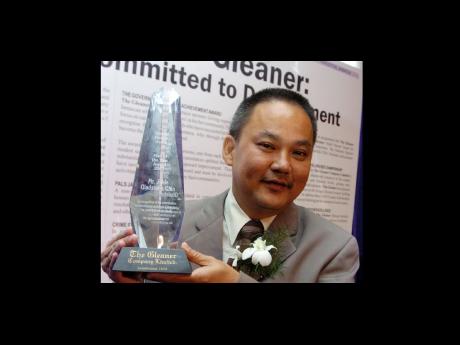 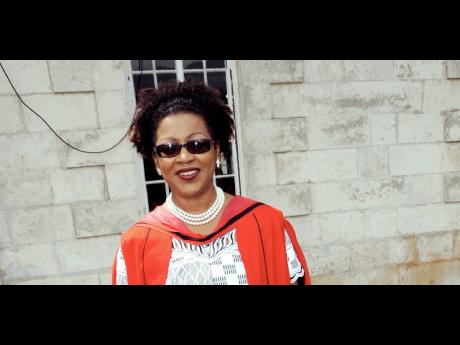 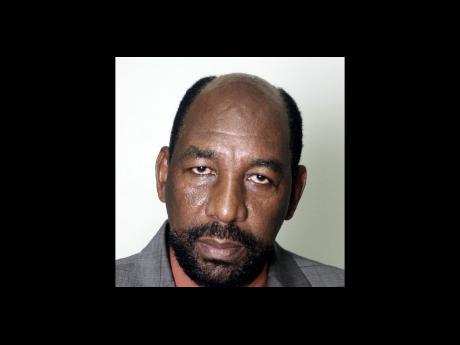 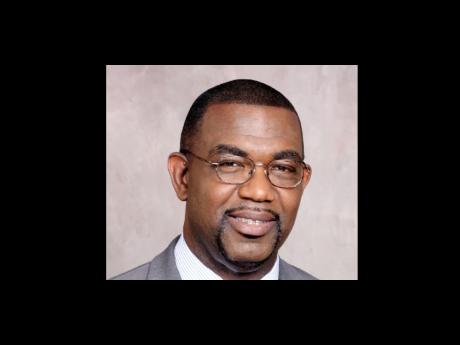 Minister of Health Rudyard Spencer on April 5 laid the first tile at the site of training facilities at the Lionel Town Hospital, Clarendon, where the College of Health Sciences, University of Technology (UTech), has embarked on a two-year training programme for pharmacy and dialysis technicians.

Spencer made the symbolic gesture during a special groundbreaking ceremony to mark the beginning of renovation and expansion of training and resident facilities at the hospital.

Speaking at the ceremony, Spencer noted that the certificate training programme represents part of the Government's thrust to build human resource capacity in health, with special focus on training and access by residents in rural Jamaica.

"We cannot hope to sustain the health gains that the country has made without a concerted focus on capacity building and retaining those in whom we have invested," he told the gathering of health sector leaders, members of faculty, staff and Lionel Town community members.

In thanking the university for partnering with the Ministry of Health, the minister pointed out that the demand for pharmacy and dialysis services far outstrips the sector's capacity to provide these services. "We have seen a 44 per cent increase in visits to pharmacy since the abolition of user fees and this trend is expected to continue based on the number of persons with chronic non-communicable diseases and our ageing population. The situation is similar with respect to renal services."

He noted further that Jamaica needs more than 200 more units to fully meet the needs of each dialysis patient and to satisfy government policy that patients should not travel for more than 30 minutes to access renal or pharmacy services.

Dr Cliff Riley, faculty coordinator for graduate studies, research and entrepreneurship in the College of Health Sciences, explained that the renovated facilities at the hospital will house three lecture rooms, two laboratories for practical sessions, a staffroom, reception area, a prep room and computer laboratory.

The programme will incorporate extensive didactic and experiential training that will equip participants with analytical and problem-solving skills to meet the requirements of pharmacy and dialysis technicians. Both the pharmacy technician and the dialysis technician course will be delivered over one calendar year on a full-time basis.

The training programme for pharmacy and dialysis technicians is being funded by a grant of $69.7 million from the National Health Fund (NHF). The CEO of the NHF, Hugh Lawson, in his remarks said that the fund was pleased to be partnering with UTech and expressed confidence that the training of more persons in these two critical areas of health care will significantly impact the delivery of health care in Clarendon and the wider Jamaica.

Jukie Chin, founder of Juici Patties, was the featured speaker at the W.D. Cater Lecture Series held in the gymnatorium on the Mandeville campus of Northern Caribbean University (NCU) recently.

The series is hosted by the College of Business Administration and Hospitality Management under the theme 'The Entrepreneurial Process and Economic Success in a Challenging Environment'. Chin looked at an aspect of the theme under the topic, 'Many are called but few are chosen: an evolutionary perspective for the study of entrepreneurship'.

He shared that when he started baking patties at the Wing Shine's restaurant in Kingston, he had no idea that he would become the owner of one of Jamaica's biggest fast-food operations.

Juici Patties was the dream of a young, bright-eyed Jukie Chin who graduated from Glenmuir High School. At that point, he never dreamt that his entrepreneurial skills would make him the proud owner of more than 42 outlets that distribute Jamaican patties across the island and the Caribbean.

"The bank refused me a loan because I did not have any collateral, so I had to borrow the money from my parents," said Chin. After 32 years, almost every parish in Jamaica has a Juici Patties outlet which allows Jamaicans easy access to what they cannot seem to get enough of - Juici Patties.

His achievements were not overlooked and in 2003 Chin received the Order of Distinction.

In November 2007, he was the recipient of the Gleaner Honour Award in the category of business and was also recognised as Man of the Year at the Gleaner's award ceremony.

"There is still hope. Dream big, make wise choices and work towards your goal ... start small, make the sacrifice and you will be successful. However, this success necessitates having a vision, creating a flexible business plan, taking risks, acting boldly, replanting your seed rather than consuming it, and making wise investments," Chin said.

"It also includes long-term goals and embracing successes and learning from failures. It's all a part of being an entrepreneur."

Verene Shepherd, professor of social history, UWI, Mona, has been appointed to the United Nations Human Rights Council's Working Group of Experts on people of African descent to represent the Caribbean and Latin America, replacing the late Prof Nettleford for the rest of his two-year term. Her appointment took effect on April 12, and was made during the council's 13th session and followed consultations by the consultative group and the president of the council and regional coordinators.

The Working Group is an essential follow-up mechanism to the World Conference against racism, racial discrimination, xenophobia and related intolerance which was held in Durban, South Africa, from August 31-September 2001. It was established by the Commission on Human Rights to address human issues affecting people of African descent.

UCC talks with the World Bank

An atmosphere of financial trepidation associated with tertiary education unfortunately pervades. No individual should have to be intellectually, socially or professionally confined because of a lack of financial resources to access higher education. Within this context, members of the UCC executive: Winston Adams, Geraldine Adams and Dr Sharon Hart, along with representatives of other tertiary institutions and the Studens' Loan Bureau were invited to meet with Dr Badrul Haque, special representative of the World Bank in Jamaica, and Cynthia Hobbs, senior education specialist of the World Bank on Wednesday, March 31.

Among other things, this meeting sought to explore a new alternative students' loan programme for current and future tertiary-level students. It was a follow-up to an earlier meeting held with tertiary education stakeholders and the World Bank's visiting Human Development Director for Latin America and the Caribbean, Evangeline Javier, as well as other World Bank representatives.

The need for public and private support with regard to financial assistance for students is most evident. World Bank specialists Andreas Blom and Alejandro Caballero shared information regarding the benefits of a public-private partnership (PPP) in financing students' access to tertiary education which would incorporate both government and private-sector involvement. They noted that this model facilitates continued government support, while utilising private-sector funding and administrative management.

The example of The Columbian Institute of Educational Credit and Technical Studies abroad (ICETEX), one of the oldest students' loan agencies, was shared with local stakeholders. The ICETEX transformed its legal and operational framework in 2003 to now include a PPP model. In partnership with the World Bank, the ICETEX financed two programmes - Higher Education Improving Access (2003-2008) and Second Students' Loan Support (from 2008) with investments of US$200 million and US$300 million, respectively. This PPP model, which outsources the key operations to external partners, achieves significant improvements in accessibility and efficiency.

The Federal Family Education Loan Program (FFELP) in Chile, which provides over 6 million students with students' loans amounting to around US$46.7 million annually, was another model that was presented. In this scheme, the capital is provided by private banks while the State acts as guarantor. The financial resources of the Jamaican Government are limited. Therefore, new approaches must be explored to facilitate the education of the Jamaican populace.