Drivers gear up for Carib Championship 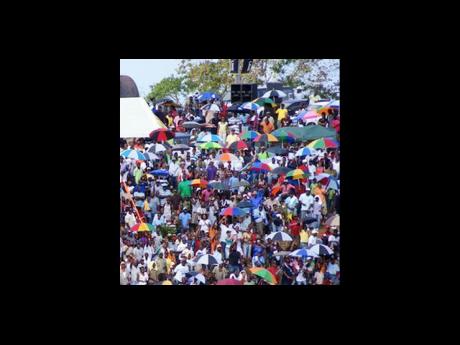 A section of the crowd at Dover Raceway on april 5. - Contributed photos 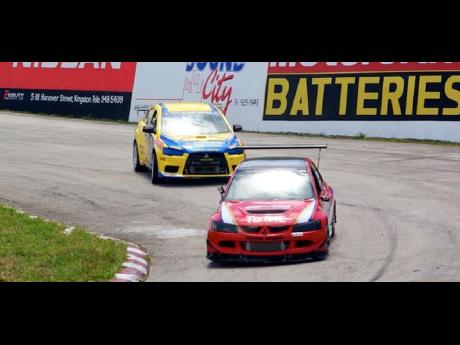 David Summerbell speeds away from Doug Gore during one of several clashes at Dover Raceway on Easter Monday. 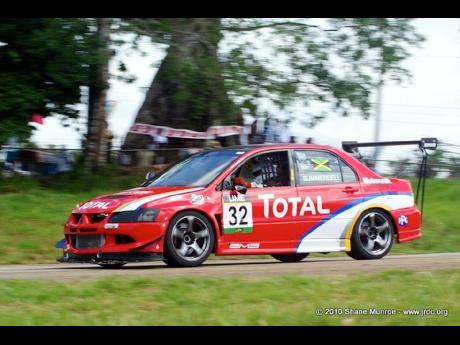 David Summerbell drives towards the winning post at the April 5 race meet held at Dover Raceway in St Ann. 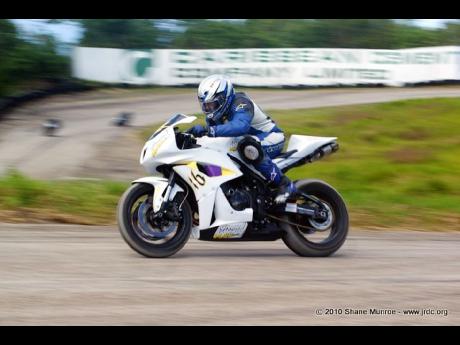 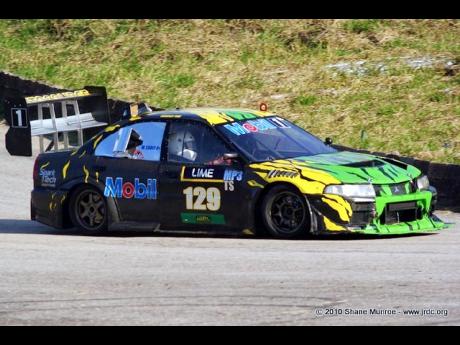 Marck Carey in his newly built race car at Dover Raceway during the Carnival of Speed race meet on April 5.
1
2
3
4
5

As they commence preparation for the first leg of the Caribbean Motor Racing Championship, several drivers who were outstanding in the lower classes are still celebrating their achievements.

Wolmer's old boy Joslyn Crawford has good reason to be celebrating. He achieved his long time dream of competing at the Dover Raceway, St Ann, on Easter Monday, April 5.

"It was a great experience competing at the Dover Raceway for the first time. I got some good on-track experience," said Crawford.

An automotive engineer by profession, Crawford, who drives a 1971 Ford Escort, explained that the sport helps him to market the ASP Suspension he is involved with. At the recent race meet, Crawford finished second and third, respectively, in the IP33 Class.

Kirk Diaz, who has been racing at Dover over the past year in the IP 45 Class, tasted success when he took the chequered flag twice at the Easter Monday race meet.

"It was joyful," exclaimed Diaz, who had always wanted to get involved in circuit racing at Dover.

"I like speed and cars and what better place to race than in a controlled environment? This something I have been dying to do for a long time. My ambition is now is to win the class championship," said Diaz, who described his experience last season as disastrous.

Chressmore White has given up drag racing for circuit racing to accomplish his childhood dream. It's been a year since he has been competing at Dover and already he is aspiring to follow in the footsteps of people like David Summerbell and Doug Gore.

"I have a passion for the sport. The last race meet I had all sorts of mechanical problems but I'm coming all out for next month's meet. I have been busy preparing my Mitsubishi Evolution 7, which I will be using to compete in the MP 3 and IP 27 Classes," said White.

Nigel Edwards, one of the popular drivers out of Brown's Town, St Ann, has also started preparations for next month's meet. Edwards started out as a spectator before he got hooked on the sport while watching from the stands.

"At the last race meet I finished first, second and fourth, respectively, in the MP 1 Class," said Edwards.

"His lap times were impressive for somebody competing at the track for the first time. The meet was good but next month will be a much better one because we are expecting four overseas riders plus the return of our local champion, Stefan Chin," said Blake, who won one of the three races on Easter Monday.