Economy in the dumps, but Jamaicans still want to party 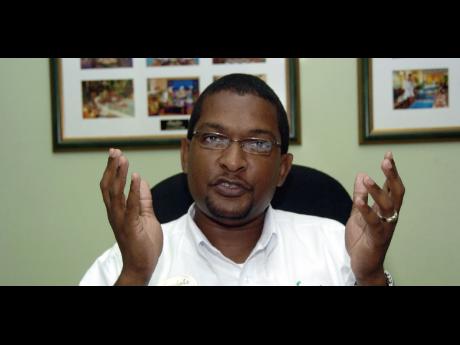 Confidence in the economy plunged in the quarter, but the concern about the lack of jobs and waning spending power was not enough to dampen the holidaying spirit.

Vacation plans saw an uptick in the Jamaica Conference Board's Q1 Consumer Confidence Survey, with 31 per cent of respondents saying they would be splurging on vacations, up from the unusual low of 20 per cent one year ago.

"It may be that the expectation of larger price discounts or declines in the cost credit were anticipated to offset income declines to support these purchase plans," said Professor Richard Curtin, head of the Survey Research Centre at the University of Michigan, who analyses the confidence data for the Conference Board.

Wayne Cummings, president of the Jamaica Hotel and Tourist Association (JHTA), confirmed that hoteliers have seen an improvement in business from locals.

"Yes," he said, confirming the uptick, "but I say it in a certain context."

It was all because of the Easter holidays, he said, which have been traditionally strong for hotels, and the hospitality market in general.

The industry reported that the month of March was exceptional, with a record of 12.7 per cent over last year, from business generated from overseas visitors in the main but with some domestic clients in the mix.

"There was a strong desire from the local markets for rooms. We and the Jamaica Tourist Board worked together to target the local industry because our best value remains here, and that must have struck a chord," said Cummings.

Events and holidays, he said, are the main drivers of the local market.

"If we tie party and events, they will come," he said.

Other sectors were not as upbeat.

Though Ian Lyn, president of the Jamaica Used-Car Dealer's Association (JUCDA), said he has seen signs of buyers coming back into the market that last year was said to have lost up to 60 per cent of its business, the confidence survey data suggests no change in purchasing plans in this market.

The survey reported that 17 per cent of respondents were planning to buy cars, but said this was unchanged from a year ago.

The real-estate market could well take another hit, however, with only eight per cent of respondents thinking of buying homes, down from 11 per cent in a year.

"All the research that we have done over the years has suggested that the purchase of homes always seem less reachable, perhaps because of the cost of homes compared to the purchasing of cars or a vacation," said Don Anderson, whose firm Market Research Services does the fieldwork aspect of the surveys for the Conference Board.

Anderson said the data shows there is a great desire to purchase homes, but that "the actualisation is different".

Lyn was unable to quantify the increase though he said the used-car sector had seen an improvement in business - especially for vehicles priced at $1.5 million and below.

"We had declined so badly last year, but we have certainly stabilised, and we do see a bright future," he said.