Security flaws in some smart meters 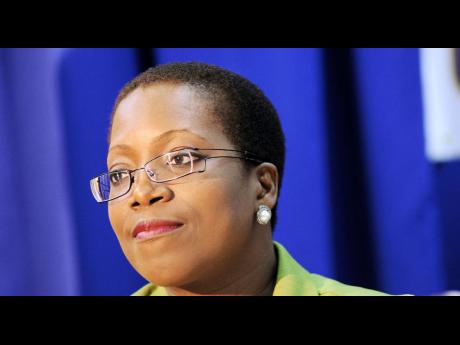 Winsome Callum, head of corporate communications at the JPS, at a briefing November 3, 2009, to discuss the moves the utility company is taking to prevent the theft of electricity. - File

A study by American researchers of the new smart meters being introduced throughout the world as the likely answer to electricity theft has revealed a myriad of security flaws never found in the old analogue systems now being replaced.

According to an Associated Press (AP) report highlighting the security flaws, the meters' selling point - which is the ability to remotely turn one's power on and off - is what renders it most vulnerable to hacking.

The smart meter is connected wirelessly to a vast network, and is capable of tracking electricity consumption in real time.

It is the wireless component that allows any hacker with a laptop to tap into the system, AP reports.

Their vulnerability to tampering negates the objective of a company like the Jamaica Public Service (JPS) Company Limited, which has begun the rollout of a smart meter programme here to stem theft of its electricity, and also to capture actual consumption more effectively.

The bulk of a $6 billion investment for loss control is being spent on metering.

But Winsome Callum, JPS corporate communications manager, told Sunday Business that unlike the smart meters that rely on wireless technology, the system to be used by the JPS communicates via power line carrier (PLC).

"This means that they use the high-voltage power lines as the communication medium," Callum told Sunday Business.

"While no system is 100 per cent tamper-proof, the PLC system is very robust and it would be extremely difficult to intercept the communication being transmitted via the power lines."

The JPS, having failed to achieve a system-loss reduction target in 15 years, is spending US$65 million, or J$5.8 billion, in its new loss-control division.

The company is working with a five-year plan which, from this year, targets a reduction in system loss by 2.03 per cent, a further drop by 2.17 per cent in 2011, and at least one per cent thereafter.

Ten per cent of the energy lost is referred to as technical loss, resulting from the company's own distribution system.

The larger part, however, some 13 per cent, is lost to electricity theft.

Unlike traditional electric metres that merely record power use, which must be read in person once a month by an employee of the company, smart meters measure consumption in real time, and allows for remote disconnection or reconnection of service.