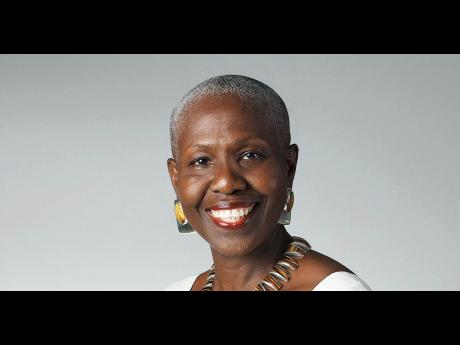 The problem with writing fiction - especially for an opinion column - is that literal-minded readers often confuse 'fact' and 'truth'. So I've had some entertaining responses to last week's column, 'An email from Morris Cargill'. I've been reliably informed that gin was not Cargill's liquor of choice. It was, in fact, vodka. Ostrov.

So far, no one has corrected me about Cargill's taste for a good spliff. Hardly likely. Cargill tells a lovely tale, 'The Weed and I', in the January/February 1994 issue of the defunct Lifestyle magazine: "One day, John Pringle, then director of tourism, telephoned me from Kingston to say he had to go to the north coast for the opening of a new hotel. He wanted my wife and me to come along to help lighten the inevitable boredom.

"Before the official opening, about 10 of us got together and went to the deserted dining room to get a bite to eat. Taking John Pringle's request to heart, I passed around my ganja cigarettes. At this point we were taken aback by the arrival of the late Gordon Langdon, who was then commissioner of police, and his pretty wife. I decided to bluff it out by asking him if he had ever tried the ganja for the possession of which he had so many arrested.

"He told me hadn't, so I suggested he did and handed them both two of my cigarettes. We all sat around smoking them, but agreed that we really preferred brandies and soda."

Here comes the best part of the story: "At that point, the headwaiter walked in. He sniffed around rather suspiciously and then said in a loud voice, 'Well, if it wasn't pure white people here, I woulda swear I smell the weed.'"

In this context, 'pure' primarily means 'only' in Jamaican. But at a symbolic level, 'pure' also suggests the English meanings of the word: 'free from moral defilement or corruption; guiltless, innocent'. I suspect the waiter was being ironic. He jolly well knew that these 'pure' white people considered themselves above the law.

The most amusing response to last week's column came from a pious parson in Christiana. In a letter headlined, 'Carolyn Cooper's folly', published in The Gleaner last Monday, a Seventh-Day Adventist pastor, the very Reverend Dave McFarlane, launched into a humourless, self-righteous sermon on the state of the dead. He just doesn't understand fiction. Morris Cargill liked to say that his hobby was "pricking and puncturing pompous people". I'm sure he would have enjoyed deflating the goodly parson.

Lots of people did get the joke: "The funniest article I have ever read in a newspaper or, for that matter, from any media form. It literally brought tears to my eyes. What made it even funnier is Morris was a friend. I have been a critic of yours for wanting to change the universal language in our schools to yahoolish, but after reading this article I am in for a rethink."

Of course, the serious business of the appropriate language(s) of instruction in schools is not a laughing matter. Since I'm a teacher of English, I've never understood why so many people think I want to stop children from learning the language. I've never advocated that Jamaican should be the only language used in schools. That would be lunacy. But people like Pastor McFarlane are only too quick to dismiss as folly what they do not fully understand.

The most valuable response to the column was an email from a teacher, in which I got what looks like a priceless gem: a 'yahoolish' translation of the Fall of Adam and Eve, allegedly done by Morris Cargill himself! I've not been able to confirm the authenticity of the gemstone. It could be a fake. But it certainly is blinging. I've not polished it at all, 'so mi get it, so mi give it':

What I find most intriguing about Cargill's translation - if it is, indeed, his - is the way slavery just slides into the story. In the King James version, there is no mention of this obscene institution. It is true that work - in particular, farming - becomes the punishment for sin.

According to Genesis chapter 1, verse 28, the primary occupation of Adam and Eve before the fall was having sex and making babies. They were also put in charge of the natural environment. But they didn't have to labour for food.

Chapter 2, verse 15 gives a different story. Before Eve was created, God gave Adam the job of looking after the garden and naming all the creatures. Then when Adam listened to Eve and tasted the forbidden fruit, they were punished with hard labour. For the woman it was the pain of childbirth; for the man it was 'sweat-in-the-face' exertion for food.

But working for a living and slaving are not quite the same. By turning the Fall of Adam and Eve into a parable about slavery, what was Cargill saying about Jamaican society? That the wages of sin is slavery? If 'Big Massa' is not just God but also 'Bakra Massa' then no wonder proverbial wisdom warns us that 'bakra work never done.' Bakra's leisure also never done, especially when enhanced by a big spliff.