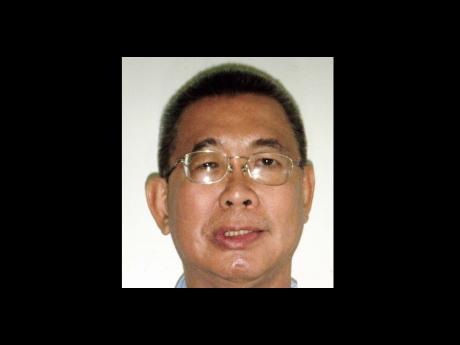 Father Maurice Feres was vice-principal of St George's College when I started in first form in January 1962. (In those days, the school year commenced in January). Previously, my class teacher at Campion Hall Prep School noticed that I attained better marks when I was seated close to the blackboard and was perceptive enough to recommend that I wear glasses. I hated wearing them, but Father Feres took delight in seeing me wearing my spectacles. He would always greet me with a smiling "Dr Chang".

One day he found me in class without them and sent me home to get them. In those days, there was no cellphone to call anyone to fetch anything. Neither would I be bold enough to ever consider that option, even if it were available.

It took me a little over an hour to take the bus to and from home and Father Feres said: "There are 36 students in your class and they have been here waiting for you. You will, therefore, have detention for 36 times the period you were away from class. You will have to spend 40 hours in detention."

Even at that tender age of 11, I knew that was a bit far-fetched, but I had to do the detention and ... I got the point. Sometimes there are other persons, family, colleagues, co-workers, etc, who are dependent on you to finish a given task. They cannot take the baton until you complete your leg of the race. The more persons dependent on you, the more important/essential it is that you conclude your task as early as possible.

After finishing my bachelor's at the University of the West Indies, I was 'forced' to find a job while waiting for my results. In those days, results took an inordinately long time to come out and I could not complete my application to do my master's degree without them.

I, therefore, taught at St George's for one year. I was pretty young, having completed my bachelor's when just 20. And I was teaching third and fourth forms mathematics. I was small-framed, weighing under 130 lbs at that time, and the students that I taught were as big as me, mostly.

Those were the 'hippy' days, and I used to conduct classes in very casual wear. Anyway, even though I tried not to come on as a disciplinarian, I had, physically, to make my position known on two occasions: I 'boxed' two students who were showing utter disrespect.

As circumstances would have it, around six to seven years later, I was walking on Half-Way Tree Road when I heard a voice coming from slightly behind me: "Sir, you remember me?" I turned around and was about to say no when I remembered. It dawned on me that this was one of the students I had boxed. I replied "Yes" while thinking, rather apprehensively, "What now?". He said "Sir, I appreciate what you tried to teach us ... because I am now a teacher."

I received $240 per month in those days (1971-72) for my teaching. I think it was $200 per month basic pay with an additional $20 per month for my first-class honours in chemistry (thanks Father O'Toole) and a further $20 per month for my first-class honours in physics (thanks Father McCluskey). Further, I was more than pleasantly surprised to find that I got paid even when I wasn't 'working'. I got paid during holiday breaks like Christmas, Easter and summer. It was inconceivable to me that I would be paid for doing nothing. It was a big bonus to me. Imagine being paid for not working. Maybe I was naïve or just honest with myself.

In those days, I worked part time as a calculator at a betting company (bookmaker) on weekday afternoons and on Saturdays. Along with my teacher's pay, I used to live 'large'. With gasolene costing under 30 cents a gallon and the cost of a burger being 35 cents, I could never complain about my teacher's pay. Even though I understand that there was a lot of agitation for improved teachers' pay and that Michael Manley, on gaining power in 1972, almost immediately increased their pay significantly. I had by then moved on to pursuing my MBA at McGill University on a Canadian Commonwealth scholarship (thanks Canada).

Maybe it was my youthfulness, but life seemed easy-going in those days, even though I am sure there was tension all around. I would joke and clown with my students. After all, I was just a few years older than they were and just as small. I didn't make big things out of 'little' things. A student even brought his bicycle into the classroom. His name was David Weller, soon to be Jamaica's only Olympic medallist (bronze) in cycling.

The students would make joke with me about "there you go again, egg-aggerating" making a play on my name Egerton and calling my 13-year-old Austin A-40 automobile my "egg-mobile".

On the last day of school, they put raw eggs on my car seat and I, of course, sat on them. I viewed it as a prank and even though inconvenienced, laughed it off. I know a couple of jokers in my classes and have an idea who was involved. Right Roderick? It was a schoolboy prank, only this time the prank was on me.

I think, nowadays we turn too many little mounds into big mountains.

My son wanted to emulate me and wanted desperately to attend St George's College. All he could talk about was to go to his father's alma mater. He got his opportunity in the early 2000s.

This episode was an unmitigated nightmare for him, for me and my family. He was bullied and extorted so badly he had thoughts of committing suicide on a number of occasions. And it wasn't that the school teachers and administrators didn't know of the problem.

My son wasn't one to fight back. He has a terrible temper and was afraid of what he might do if he lost it. I am positive there were other students so bullied, but I have no idea how they dealt with it. However, all I could do was to remove him from my alma mater, but only after the school year was finished. He had to endure his pain for one whole year.

With that Irish immigrant 15-year-old schoolgirl in Boston, Massachusetts, who was hounded and bullied enough to drive her to hang herself, being in the news recently, and the foreign news channels and various talk shows doing segments on the subject of bullying, perhaps the time is ripe to bring this problem to Jamaica's attention.

Thankfully, I am happy to say that the school has turned another page under the guidance of first Fred Kennedy, and now Margaret Campbell. The school is now a more pleasant and wholesome institution.

One can only trust that my son, who is now attending university, has also been able fully to turn the page. One thing is for certain: it has left an indelible scar on him.