STORY OF THE SONG: 'Cockney and Yardie' combines foreign speech 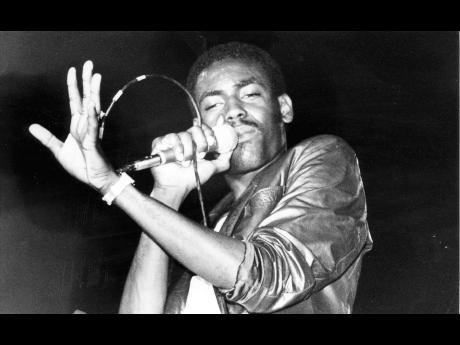 Officially, Jamaica and England share the same language. In reality, variations of the 'Queen's English' hold sway in both countries, putting the speakers even further apart in verbal communication than the difficulties often posed by accent and enunciation.

"We just went down there and heard the rhythm, Germaine play it. Me and Dominick kick back for about half-hour and record the song," he said. It was a matter of working out the lyrics on the rhythm, as they had been performing it on Metromedia sound system. "Dominick used to work with Metromedia. At the time me and Dominick did a spar. Remember a me bring him come Jamaica," Peter Metro said.

So Cockney and Yardie had a strong impact even before it was recorded, Metro saying that "place mash up every time. Remember is a black man and a white man. Murder! Murder!".

The 'every time' was often in 1987, Metro saying "sometimes we work four nights a week, sometimes five". With Metromedia being very popular the sound system would play every Friday, Saturday and Sunday, plus there was the weekly Wednesday night sessions at the 1 Moore Street, Woodford Park, headquarters.

Cockney and Yardie is a straight-out translation song, explaining the meaning of particular words to the listener. Metro's favourite lines come at the start, when he deejays "Patois is a language from a Jamaican/But inna Englan' them talk in a different fashion/listen Dominick as the true white man".

And his least favourite, which he wished were not on the recording, is when he remarks on Dominick's appearance with "Lawd massa, a which part a farrin yu come from sah? A mus up inna Englan' or some part inna America! Him yeye dem blue eh? Look pon de white man!".

It was not their only popular record together, as they also did Ol' Lady, dedicated to their mothers.