ONE STEP BEYOND: How a dance-crazy Birmingham schoolgirl grew up to own her own dance company 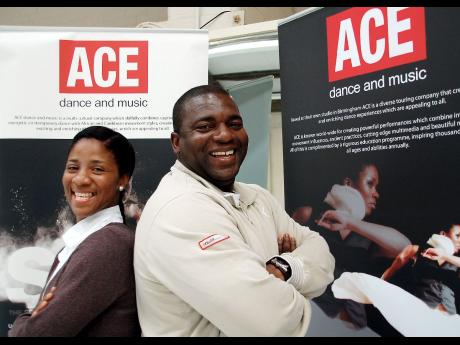 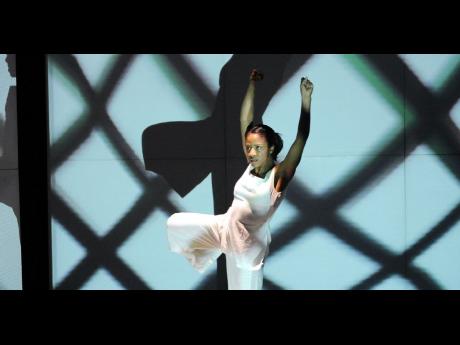 IT'S A STORY to rival the musical Billy Elliott - how a dance-mad little girl went from prancing to Jimmy Cliff in her mum's living room to running her own dance company that has taken its successful productions all over the world.

A champion for African and Caribbean dance, Gail Parmel has excelled as an artistic director and choreographer to the extent that she is now included in the UK's top 50 Women to Watch List for 2010, organised by the government-funded Cultural Leadership Programme.

It's an astonishing achievement but Parmel remains extremely modest as she sits at her desk in the Birmingham-based ACE Dance and Music studios she set up with her husband, Ian, nearly three years ago.

ACE, which stands for African Cultural Exchange, was actually launched a decade earlier but its dancers had no permanent home in terms of rehearsal space.

Now they have an airy studio in Floodgate Street, Digbeth, which is buzzing with dancers' chatter, a variety of classes and rehearsals for another major performance.

ACE has produced at least six works - from Solitude or Sanctuary and Entrance, to the current performance Switch and also Skin in 2008, which was performed in Grahamstown, South Africa.

It's all a long way from Parmel's home in Leeds where she was one of 10 children who discovered her lifelong passion for dance as she helped her mum with chores after church on a Sunday.

"My job was to sweep down the steps and mop the passageway and there I would dance to Jimmy Cliff and Boney M," said Parmel. "I remember we used to put polo neck jumpers on our heads to make long hair and pretend we were Pan's People. We worked to the music and my mum got all her cleaning done!"

Then a glimpse through a window watching a dance class at her new school - Earl Cowper Middle School in Chapeltown - further stoked the fires of Parmel's dance passion.

"I couldn't wait to join that school, just for the dancing," she remembered. "Even then I was more interested in how dance was put together and later on I realised how this led to my career in choreography."

And with sheer good timing, she won a place at the newly opened Northern School of Contemporary Dance in Chapeltown, where 25 years later it still remains a world-class contemporary dance institution.

After completing three years of vocational training there Parmel moved to Birmingham to join the Kokuma Dance Company, a dedicated African dance company which she said "blew my mind because I felt so connected".

And what did her mum think of her dancing? Again, similar to a scene straight from Billy Elliott, Parmel's mum had little idea of her daughter's talents until she actually watched her dance in a proper performance.

"Once mum realised how passionate I was she supported me and has continued to do so to this day," said Parmel, who returned to the Northern School in Leeds to complete a performing arts degree in just one year.

After her degree Parmel and Ian, a freelance musician and steel pan player, decided to launch ACE in Birmingham and, in the early days, traded teaching classes for rehearsal place before launching their own studios.

Their studio now has a packed agenda of classes - from parents and tots to ACE Youth and adult African dance classes, plus djembe drumming with Ian.

Their next big dance production will be called Ten Strong, but Parmel and Ian also have another mission - to start a family.

They are foster parents to two sets of twins, who are now in their 20s, who they fostered from the ages of five and seven. After going through in vitro fertilisation, they are hoping to complete their dream with a baby of their own.