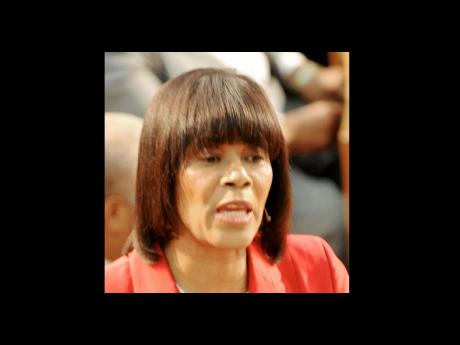 Opposition Leader Portia Simpson Miller was responsible, reasoned and rational. But she omitted some key issues.

The Budget Debate has been largely an anticlimactic bore this year; in my view, the dullest and most yawn-inducing I have observed since I began following them intensely in the 1970s. But there is a bright side to this: It is evidence of just how much consensus has been developed between the political parties, despite their propaganda.

We are witnessing truly the narrowed space for economic and political action; a Jamaican version of the End of History where the big issues have been settled and there is only discourse on a variation on the theme. Despite the grandstanding of the political parties, they are both using the same playbook, singing the same tune, dancing to the same piper and playing to the same increasingly disinterested audience.

Opposition Leader Portia Simpson Miller, who delivered the most interesting and best crafted presentation so far, could refer to the Government's "new beginning" public-relations campaign as largely stemming from the People's National Party's (PNP) old ending in 2007. Some of the projects featured in the ad campaign are those initiated and developed by the PNP administration and she went on to list an impressive range of programmes which the party left for this administration to boast about. In another part of her speech, she referred to Finance Minister Audley Shaw's debt-management strategy document which highlights 29 significant developments in debt-management strategy between 1997 and February 2010.

"Mr Speaker," gloated the opposition leader in Parliament, "26 of those 29 strategies identified were implemented by the PNP administration and according to the same document, the IMF/World Bank publication Guidelines for Public Debt Management identified Jamaica as implementing 'prudent debt-management practices'. Nothing new". It was one of a number of Portia's moments of rhetorical and debating triumphs.

But rhetoric and finely structured sentences aside, what the opposition leader's presentation demonstrated, and what this whole Budget Debate so far has conclusively shown, is that the two parties have resigned themselves to the largely neoliberal framework of the IMF and the World Bank.

The PNP, of course, has to engage in some populist rhetoric to garner public support but it knows the constrained circumstances in which any Government has to operate. And points-scoring aside, it is a good thing that the Jamaica Labour Party Government has continued the beneficial developmental programmes started by the PNP as well as those fiscally responsible polices which the PNP bequeathed.

This is how it is supposed to be. It is good that the Government in its ad campaign acknowledged the solid achievements of the PNP regime. This is not something it should apologise for and it is something for which the country should be grateful. It is about that political parties show that kind of maturity.

Charges about "copycat!" make for excellent drama, but for little else. What this county needs is more of the continuity of good policies from previous administrations, not novelty and "originality" for their points-scoring potential. But not only is the JLP continuing with the good and beneficial policies of the past, it is still hamstrung by the problems and challenges which also tripped up the PNP: The problems of crime, unemployment, corruption, economic underperformance; a "chaka chaka" social order; decline in uplifting values and attitudes; alienation from politics, mistrust and generally low social capital have also been inherited from the past. One might say they have been magnified, but they were certainly present and stubbornly persisted under the former PNP regime.

There were thousands of tertiary students like the one the opposition leader referred to who had serious struggles with bus fares and lunch money under her administration. The severity of the challenge might have been intensified, but not its existence. There were many who wanted to go to a tertiary institution and could not even qualify for a loan, let alone to start and can't afford increased bus fares.

Politicians continually to talk about sharing up the cake but more attention has to be paid to enlarging the cake. While economic growth is not sufficient for economic development, it is a necessary precondition. I don't have to lecture Portia or the PNP on that for they are fully accepting of that view. The two parties are, but their representatives lapse into the populist mentality all too often because they are hard-wired that way.

I welcome the sober, measured and reflective tone of the opposition leader's presentation. She was responsible, reasoned and rational. She engaged our minds, not just our emotions. And she made some excellent recommendations which all well-thinking persons can warm to. But she omitted some key issues, a trap I hope the prime minister will avoid.

On the same day that Mark Wignall, the country's most street-smart and nose-to-the-ground public commentator, wrote his Observer column titled 'Too many Jamaican men are sexual predators', Portia neglected to focus attention on our deepening social crisis. It would not get her as much political mileage, of course, as concentrating on our economic crisis and resultant social problems all laid at Bruce's feet - but it would have given a balance and showed that at least one political leader is sufficiently seized of our social crisis.

If we don't see a connection between our sociocultural crisis and our anaemic economic growth, low productivity, corruption, crime, appalling lack of trust, political alienation, etc, then all our debates in Parliament represent a grand waste of time and energy. "The biggest disconnect in this society," says Wignall in his Thursday column, "is that at one end we have our laws and at the other end we have too many of our people who are poorly socialised in operating within these laws."

Wignall goes on, grasping profoundly what some politicians are not centre-staging: "I am referring to huge percentages of our people who have no earthly understanding that operating within the confines of these statutes will be of benefit to society as a whole. Because too many of our menfolk, rich and poor, know that even those in authority will scoff at these matters and place them in the bottom of their priority basket, they continue to prey on the young inner-city girls."

It is time that both Opposition Leader Portia Simpson Miler and Prime Minister Bruce Golding, whom I personally know understand these issues, break free from their economistic prisons and deal with some of our underlying cultural and social problems which hold us back economically. Portia Simpson Miller called for Parliament to devote a few days each quarter to discuss critical national issues. Among the first must be our low social capital and inimical values and attitudes.

No economic programme in this country, whether devised in Washington, Beijing or Geneva, has any hope of succeeding unless we tackle our chaka chaka social order. And one is not talking about good manners and Christian behaviour. I am talking about the kind of values and attitudes which catapulted Japan from being 100 years behind America in 1950 to closing that gap by 90 years in just 23 years - between 1950 and 1973. Japan in 1950 was poorer than even Peru. In the 1950s, no Japanese household owned a television, washing machine or refrigerator. By the 1970s, 90 per cent owned all three.

I am talking about the values and attitudes which enabled South Korea, dismissed by World Bank teams in the 1950s as a basket case with no prospects for economic development, to move to developed country status by 1996. In 1961, South Korea's annual income stood at $82 per person - half the average Ghanaian citizen's income. This is a country whose main exports were tungsten ore, fish and wigs made with human hair - and which today is known as one of the most inventive nations in the world-ranking among the top five in terms of the number of patents granted by the US Patents Office.

The case can be made for the correlation between high-performing societies and those with strong social capital. Our political leaders continue to underplay this in both their rhetoric and policymaking.

Portia, in her Budget presentation, invited us to lament the case of a policeman "struggling" (my word) to survive under the Golding government. She called him 'Squaddie'. Squaddie earns $115,000 a month but has a car loan for $26,000; he spends $40,00 per month for gas for he travels from Clarendon and supports three children with less than $5,000 per day for transportation and lunch which comes to of $28,000 monthly. That is a total of $108,658.73 per month.

A part of the problem with this county is that politicians don't have the guts to say yes, he is living above his means! He cannot afford a car which eats up $66,000 a month.

The problem with the Jamaican mindset is that this man will think himself a failure, will feel "nutten naw gwaan" fi him; that him "pop dung" because he can't afford a car. I might be abused for saying this man should not have a little car. Which politician will remind him that thousands travel even farther distances every day on the bus; struggling to even pay bus fares and contributing in important ways to this county's development, just like Squaddie.

The challenge is to find a way to tell the squaddies in all sectors how to feel like 'smaddy' without a car. If the prime minister thinks these are peripheral issues for his Budget speech, I ask him to consider how he will govern a society where so many people have a sense of entitlement when his IMF budget simply cannot give them what they demand. You focus on that, prime minister, while you finish crafting your speech.

Ian Boyne is a veteran journalist who may be reached at ianboyne1@yahoo.com or columns@gleanerjm.com