The political economy of Jamaica 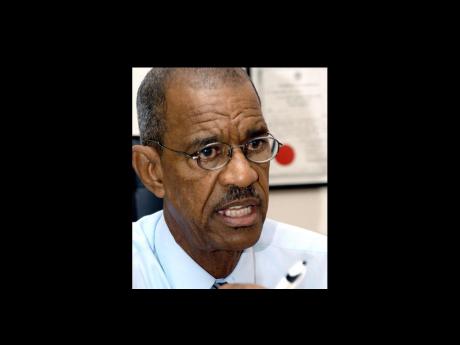 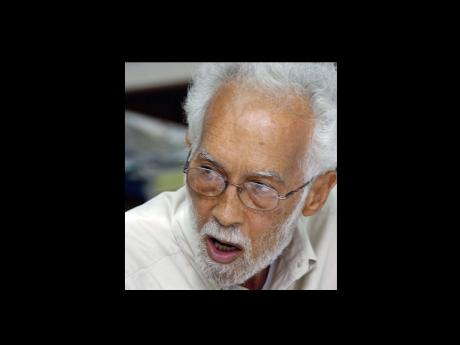 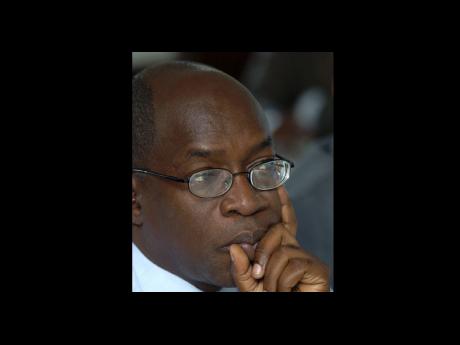 In Budget Debate season I have not only had the special privilege of participating in the media analysis, but also in a conference on current trends and issues and a colloquium on Jamaican civil society. In all three settings consideration of the political economy of Jamaica loomed large. In fact, my own negotiated contribution to the Northern Caribbean University's (NCU) 'Current Trends and Issues: Recession and Beyond' conference last Monday was exactly that, 'The Political Economy of Jamaica'.

But let us spend a few moments with the futility of the Budget Debate, if its intention is to affect public policy as reflected in public expenditure rather than to fill parliamentary and media time.

The presentation of the Estimates of Expenditure at the start of the debate represents a done deal by the minister and Ministry of Finance in which ministry technocrats have more say than the average minister, not to mention the backbencher MP.

The Leader of the Opposition, Mrs Portia Simpson Miller, made an excellent recommendation in her contribution to the debate when she suggested that Parliament sets aside a few days each quarter to discuss matters of national importance. I go further to suggest that if the House of Representatives is to be truly that, then towards the end of each parliamentary year the executive of government should deliver accountability reports against targets set, allowing the people's representatives to react and recommend without undue consideration for party lines.

The state of the economy and society, as assessed by the appropriate public bodies, not by ministers, would be reviewed, and the reports from these agencies delivered to all parliamentarians at the same time would be the main working documents of the review and planning end-of-year sessions of Parliament.

Those discussions could establish broad parameters and set priorities for the next year's budget without compromising the necessary confidentiality of some elements of the budget process, such as the announcement of taxation.

I would like the managers of the business of Parliament to tell me and all Jamaica why these reform recommendations can't work for reasons other than the discomfort it might cause the executive - and the political parties. The prime minister, as the leader of the Opposition reminded the country last Thursday, is committed to strengthening the Parliament. Simpson Miller herself quoted from the International Monetary Fund (IMF) to say that, "A high degree of social and political consensus will be needed to sustain fiscal adjustments over the medium term."

She also accused the Budget of being "incoherent". But how does a government achieve coherence in public policy? Certainly not by tacking together expenditure on various things. And the question can't be answered without considering an even more fundamental one: What is the core business of government?

Modern democracies suffer from two debilitating problems. They have largely elevated economic management as the primary duty of government and they have become the pawns of lobbying sectoral interests, or what distant generations of political thinkers would have called factions. Public policy becomes cobbling together factional interests with the quest for economic growth the driving force. The Obama administration is on the horns of this dilemma. And Jamaica is not exempt. Several thoughtful writers on the subject have proposed that the ascendancy of factional interests will be the final (and inevitable) undoing of democracy.

A return to the old idea of political economy, I think, can offer powerful insights into achieving effective governance. Two months ago, the Sir Arthur Lewis Institute of Social and Economic Studies (SALISES) launched an ambitious research project, 'Fifty-Fifty: Critical Reflections in a Time of Uncertainty, an Appraisal of the First Fifty Years of Independence and Prospective for the next Fifty Years in the Commonwealth Caribbean - The Jamaican Experience'. At the launch on February 11 I enquired about the organising paradigm if the work is not to be merely a throwing together of independent specialist studies. And I recommended political economy.

The same SALISES last Wednesday hosted a colloquium on 'Jamaican Civil Society: Resurrection or Resignation' in which the interactive role in the polity of state and government on the one hand, and of citizens and their non-governmental social formations on the other hand, figured prominently.

Part of the problem, of course, is that we no longer educate citizens. We train specialised professionals. And we relegate people, whom Portia Simpson Miller says are missing from the Budget, to being consumers, voters, constituents, and all kinds of fragmented statistical digits whom government must look after. The NCU conference for its Management and Hospitality senior students was a commendable effort to do something about reintegrating learning in the tradition of the liberal arts, artes liberales, arts befitting free persons, and in an environment where spiritual and theological components are up for fair consideration.

A crisis of ethical integrity in economic, political and social relations may be Jamaica's most basic problem. Rev Roderick Hewitt, one of the four speakers at the SALISES colloquium, certainly thinks so.

And speaking of education for freedom, the UWI with Duke University is to stage a conference at Mona in June (17 and 18) on 'States of Freedom: Freedom of States', which will track and assess the evolution of freedom in Caribbean states and for Caribbean peoples. As a student of freedom, I am looking forward. There is even a proposed panel on 'The Political economy of (Un) Freedoms in the Caribbean'.

That's pretty close to how Adam Smith, one of the founding scholars of political economy, saw the field. Smith wrote in his great work, Inquiry into the Causes of the Wealth of Nations, that "Political economy, considered as a branch of the science of a statesman or legislator, proposes two distinct objects: first, to supply a plentiful revenue or subsistence for the people, or, more properly, to enable them to provide such a revenue or subsistence for themselves; and secondly, to supply the state or commonwealth with a revenue sufficient for the public services. It proposes to enrich both the people and the sovereign."

On these two 'objects', government in Jamaica has been substantially a failure.

Adam Smith wrote Wealth of Nations in 1776 but had published 17 years before that his Theory of Moral Sentiments, in which he examined the role of ethical conduct, values and beliefs in social and economic relations in the state.

In the conference presentation on 'The Political Economy of Jamaica' we attempted to identify some critical features in areas of Politics, the Economy, our History and Biophysical Environment, Population or Demographics, Culture, Science and Technology, Law, Law Enforcement and Human Rights, Global Linkages, Trade, Aid and Diplomacy, and, of course, Religion. Now, this is hard but only tentative work in an age of fragmented specialisation, but urgently necessary to take the integrated holistic view. It is worthy labour for the freeman/citizen - and certainly for his academic and political leaders.

I was delighted to hear Howard Hamilton, QC, retired public defender, performing his own SWOT analysis on the Jamaican character as a SALISES colloquium speaker. We had done the same thing on the political economy of Jamaica at the NCU trends conference. Jamaica has remarkable strengths and opportunities in its political economy and the real challenge of leadership is to guide the country in converting our weaknesses into strengths and our threats into opportunities. But we have, I think, overplayed the weaknesses and threats and underplayed the strengths and opportunities.

Horace Levy, a frustrated peacemaker and a student of civil society, while emphasising the seriousness of the crime problem, gave a thumbs up for the growing vibrancy of civil society. One of my big concerns, though, is what I have been talking about here: Society viewed as a loose conglomeration of special interests, each with its own NGO or GO, and with no clear points of integration.

The State has traditionally played a very useful glue role in the political economy. And, indeed, its most basic functions, as Adam Smith articulated in somewhat different terms, are to protect the rights and freedoms of citizens from external threats and from damage by each other; to dispense justice fairly, swiftly, surely; and to provide public infrastructure which private enterprise either won't or can't. If these basics are not successfully attended to nothing else will work well.

It was good and useful, then, to hear the Minister of National Security, Senator Dwight Nelson, who at heart remains a labour man, speaking about the efforts to build a national interest consensus among the tripartite of government, employers and workers, never mind the stilted artificiality and outdatedness of the classification and the (temporary) exclusion of other components of the society. The need for building on trust (in order to reverse the decay in the political economy of Jamaica) ran through all the presentations.