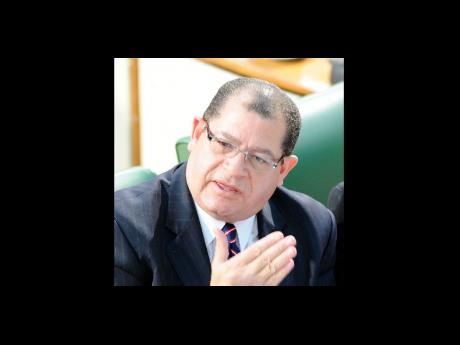 A few months ago 'Man a Yard' Shaw was being derided as a dunce but with the JDX swap and the low-interest loans he has sourced, and this 'all gain, no pain' Budget, he is suddenly looking almost like a genius finance minister.

To those who even half believed their promise of a new approach to governance, this Jamaica Labour Party (JLP) Government has been a terrible disappointment. The Labour election manifesto turned out to be not worth the paper it was written on. As many charged in 2007, it's now sadly apparent that when it comes to Jamaican politics, there is truly no better herring and no better barrel.

Now the 'Dudus' Coke issue has dominated the front pages for the last few months. I'm no lawyer and much of the media commentary on the matter has been straight orange and green propaganda, so I've been as confused as the next man as to what really is going on. But straight-shooting Ken Chaplin is one of the few columnists whose integrity is unchallenged and I see no reason to doubt that his April 6 Observer article 'Justice Minister correct in Coke's extradition case' tells it as it is.

Not that this can excuse the Government's abysmal handling of the matter. Take the utter confusion surrounding the Manatt, Phelps and Phillips matter. So far, we have no evidence of wrongdoing or money being illegally paid but, as with the Trafigura Affair, it seems pretty apparent that somebody is desperately trying to hide something. Once upon a time the then National Democratic Movement (NDM) leader Bruce Golding promised transparent and accountable government if we ever elected him. Well, he is now acting like an obfuscating Pontius Pilate and after publicly turning the matter over to his party general secretary Karl Samuda, all that's left for him to say is, "Ask the JLP!"

But then, such matters really concern mostly media talking heads. The man on the street's main concern right now is the ever- deteriorating crime situation, with the current murder rate running almost 20 per cent ahead of last year's record total. Never has the afraid-to-go-out-at-night factor been so high across the nation. My hometown of Mandeville is now rife with fear. Already this year, two murders have taken place less than a mile from my place of business and, just this week, masked gunmen held up a school in broad daylight not a quarter-mile away. And this was not long ago one of the safest parts of supposedly the safest town in the nation!

Security Minister Dwight Nelson is the most likeable of men and earlier this year I heard him movingly talk about the anguish he felt when his son was murdered a few years back. No one doubts his commitment to the job and his recent 'four pillars of crime management' speech said all the right things. Yes, we do need to strengthen crime control through targeted anti-organised crime initiatives and border security, accelerate the legislative agenda and develop a cohesive and comprehensive framework for community safety and social interventions, and improve human resource management.

But dammit, how many times have we heard stuff like this before and seen nothing happen? In fact, it brings to mind the MacMillan report that not even MacMillan was able to implement when given the chance. Who could have believed that the JLP could do a worse job fighting crime than a PNP under which murders went up by over 400 per cent from 414 in 1988 to 1,674 in 2005? But no two consecutive years have seen as many Jamaicans murdered as 2008 and 2009, and it figures to be worse in 2010.

Still, though a miserable failure in so many ways, this Government has held the country together through the worst global financial crisis in over 80 years. Despite the economic hardships and litany of murders, at least we have not descended into chaos like, say, Thailand and Kyrgyzstan. And to give jack his jacket, the recent Budget presentation was arguably the most positive in a generation.

Most strikingly, for the first time most Jamaicans alive can remember, the overall Budget actually fell from over $600 billion to $504 billion. The debt-service burden also declined for the first time in donkey years, from about 60 per cent to 47 per cent. Everyone agrees that education is the key to this country's future and education services made up a perhaps unprecedented $71.9 billion or 14.2 per cent of the budget. This accounts to about 6.8 per cent of the GDP, far more than in recent years and probably puts Jamaica in the top 25 countries in the world in terms of education spending as a percentage of GDP. The school-feeding programme also increased to $2.95 billion, a huge increase over the 2007 figure of $1.05 billion. This JLP regime is incredibly poor at selling itself, but the numbers do suggest that it can justifiably call itself a government of education.

There were many other positives in Audley Shaw's speech: the Jamaican dollar depreciated by only 0.78 per cent in 2009, and inflation, the current account and the Budget deficit all fell. The Bank of Jamaica benchmark interest rates are the lowest in 24 years, and the only tax increase will be a long-overdue rise in property taxes. The social safety net has also increased. Expenditure on Programme of Advancement Through Health and Education (PATH) increases by 34.19 per cent and the number of beneficiaries has moved from 247,000 to 341,000 since 2007. Over the same period the assistance to children attending school has moved from $604 million to $2.2 billion. The expenditure of Jamaica Social Investment Fund (JSIF) increased by 125 per cent from last year and the National Health Fund increased by 26 per cent. The Income Tax threshold also doubled from $220,000 to $440,000. Many have accused this of being a big-man government but the financial facts do not so far support this thesis.

From a big-picture point of view, there will be the establishment of a Central Treasury Management System (CTMS) to better manage public resources currently managed in many different 'buckets'. Many millstones around the Jamaican taxpayers' necks will also be removed, with the privatisation of Air Jamaica, the Sugar Company of Jamaica, Clarendon Alumina Producers, Norman Manley International Airport and Port of Kingston.

One big dark cloud on the horizon is that wage increase commitments inherited from the previous administration saw the public sector wage bill grow from $82 billion in 2006 to $126 billion in 2009, an over 50 per cent increase that will put tremendous pressure on the fiscal programme and cause political pressure to make good on these promises.

Of course, the source of most of the above positives was the debt swap that lowered both the nation's debt burden and interest rates. Personally, I don't give the JLP all that much credit for it. There's little doubt that the previous PNP regime would have liked to do something similar but without the global financial crisis and looming disaster, it's very unlikely that anything like the 95 per cent compliance rate - which was what prevented the ratings agencies from classifying it as a default - could have been achieved. Frankly, the global financial crisis may well have been a blessing in disguise for Jamaica, by forcing us to take steps that should have been taken 10 years ago but for which there was never the political will.

Still, there's nothing like being in the right place at the right time. A few months ago 'Man a Yard' Shaw was being derided as a dunce but with the JDX swap and the low-interest loans he has sourced, and this 'all gain, no pain' Budget, he is suddenly looking almost like a genius finance minister. Let's hope his and Jamaica's economic luck hold and that some of it rubs off soon on Senator Nelson and his crime plan.