Where have all the confetti gone? 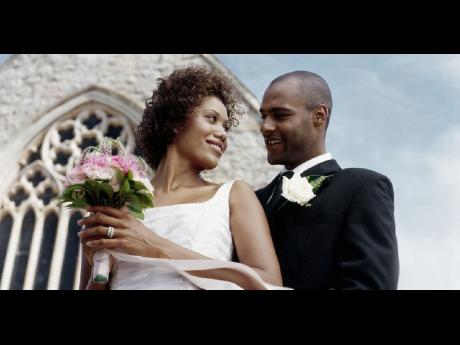 Two recent articles carried by The Gleaner are worthy of discussion, not in a cause and effect mode, but in the broader framework of our confusion and waffling in any meaningful effort to achieve the Millennium Development Goal of Gender Equality and the Empowerment of women.

The first article was carried in the Public Affairs section of the April 11 edition. In this piece, Jamaica's 2008 Rhode Scholar Shauna Wheatle provided the public at large with a critique of the current Sexual Offences Act and its flawed definition of marital rape.

The second article was written by Daraine Luton who reported in the April 13 edition of The Gleaner that the Statistical Institute of Jamaica (STATIN) has alerted the country to the fact that marriages are declining and the divorce rates are climbing. According to the STATIN database, in 2009, 1,853 marriages ended in divorce. The majority of these marriages lasted for less than 15 years, and it is interesting to note that most of the men and women who desired to be divorced were married at a relatively early period in their life - below their 40th year.

This means that these failed marriages are first-time events which took place within the Cinderella/ Romeo and Juliet romantic love mode context.

Feminist Naomi Wolf, over two decades ago used her critical and analytic skills to challenge some of the sacred social institutions of Western society.

In an article entitled Brideland, Wolf argues that in the wedding event "everyone is temporarily upper middle class, and at the ceremony itself, things become downright feudal". The bride is treated like a queen with her court of 'maids'. The motif of the feudal madame is further elaborated by the catered food and limousines and the brocaded designer dress of the 'mother of the bride'.

Wolf's discussion on the wedding ritual came from the deep appreciation of the value of the egalitarian marriage that her parents modelled. However, as a younger, highly educated and self-aware female, she felt compelled to articulate her aversion to the institution of marriage. Such aversion she relates to the following questions as they related to the United States legal framework of her time:

1. "How can I justify sealing such a private, precious relationship with a legal bond that lets a man rape his wife in 14 states?"

2. "How can I endorse an institution that in the not-too-distant past, essentially conveyed the woman over to her husband as property denying her even the right to her own property?"

Like Naomi Wolf, Shaunna Wheatle has taken the central stage that must be occupied by bright, well accomplished and socially conscious young women of her generation.

That is why, at this juncture in 2010, she has pointed out to her readers that there are many loopholes in the Jamaican Sexual Offences Act and that, in fact, the historical anarchistic view that women are transformed into property within the institution of marriage is enshrined in the present law.

The concerns of this young Jamaican scholar should have been obvious to all who are party to this flawed piece of legislation which they were forced to put to rest after ten years of 'teeth grinding' in our Parliament.

Those of us who watched the various sessions of debate on the Sexual Offences Act still cringe at the horribly uninformed and misogynistic statements that emanated from the lips of many men and women at the highest levels of decision making in the country.

Shaunna Wheatle's arguments underline the thinking that Senator Mark Golding attempted to bring to the consciousness of his colleagues when he pointed out that married women are being disadvantaged by the Bill.

Perhaps, in our way of seeing things, it is easy to ignore the clear thinking of intelligent men of goodwill. Instead we pander overwhelmingly and unwittingly to the 'natterings' of some women, who, despite their biological framework, are really 'men in drag' and the enemies of the process that must result in the true liberation of all women.

Besides access to free and safe abortions, the concept of rape within marriage is perhaps the most controversial issue that women will continue to grapple with in the majority of the nation states in the global village.

Feminists of my vintage firmly grounded our understanding of the "condition feminine" in the seminal works of courageous women such as Suzan Brownmiller who wrote Against Our Will; Men and Women and Rape; Betty Friedan's classic piece: The Problem That Has No Name and the huge band of women of all races, religions and cultures who made an effort to expose the cancer of misogyny within the patriarchal body.

Brownmiller has pointed out that 'rape has a history' and women's current condition in the major social institutions must be understood against the role of rape in the control of all women including those who are 'very married and deemed respectable ladies'.

Indeed, human beings pride themselves as representing the highest levels of mammalian development. We enjoy the prestige of having the ability to reason, to think, to reinvent ourselves and to create technologies to revolutionise all the social, economic, religious and political structures that organise our human systems.

In spite of this status, at the level of our sexuality and our intimate relationships with each other, we seem to operate at levels which are below the standard set by some of the so called 'lesser mammals'.

According to Brownmiller, Leonard Williams, a student of animal behaviour came to the conclusion that 'the male monkey cannot, in fact, mate with the female without her invitation and willingness to cooperate. In monkey society, there is no such thing as rape, prostitution or even passive consent".

The notion of passive consent and property status because one is a married woman appear to be the justification for protecting the male prerogative in the matrimonial compact.

When we attempt to find out why divorce rates are rising and wedding bells are hardly chiming we might understand how the weaknesses in the institution of marriage and the high levels of violence against women and girls rob us of the opportunity of collecting the confetti of joy to keep in our Bibles and hymnals.

Dr Glenda P. Simms is a consultant on gender issues. Feedback may be sent to columns@gleanerjm.com.