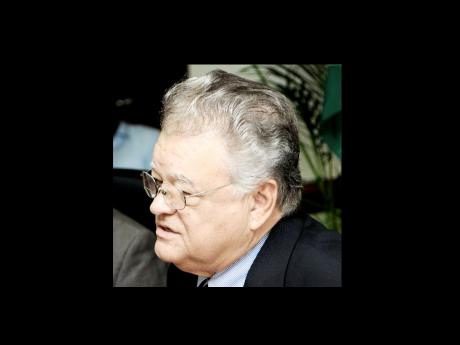 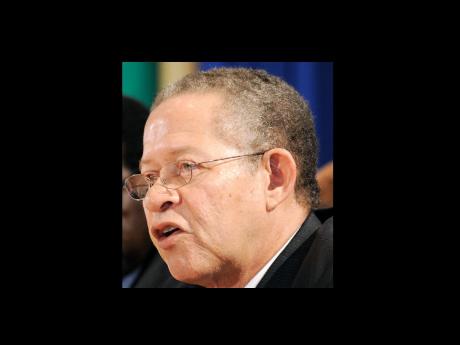 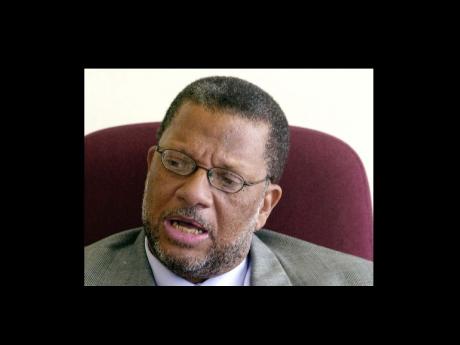 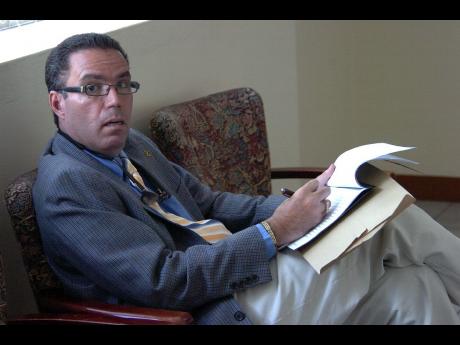 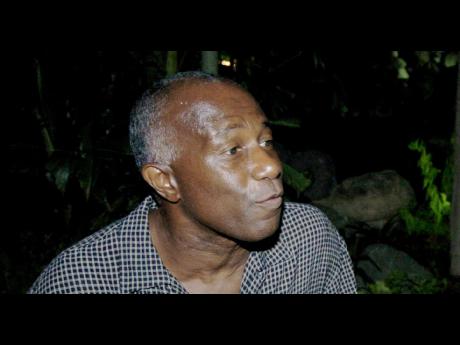 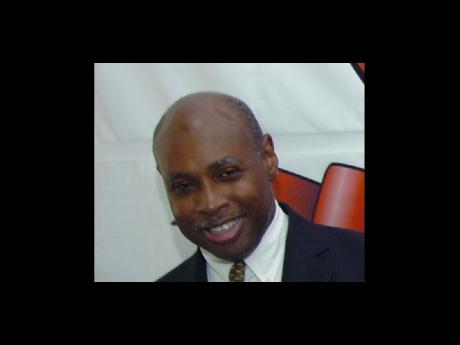 THE SAGA involving the Government and United States law firm Manatt, Phelps & Phillips opened with fireworks in Parliament on March 16, and 33 days later, the blaze continues, with no sign that this docudrama will be played out anytime soon.

Now that the Manatt controversy, with its possible links to the extradition request for West Kingston strongman Christopher 'Dudus' Coke has captured the attention of the international media, some persons are just getting attracted to the issue, while others are struggling to navigate the maze.

Against this background, The Sunday Gleaner recaps the major developments in a controversy that is refusing to disappear.

Fireworks went off in Gordon House after opposition member Peter Phillips made a startling revelation concerning an alleged contractual arrangement between the Government and a United Sates law firm, which works through a prominent local attorney to provide services in relation to political, economic and treaty agreements.

The sum contracted - US$100,000 per quarter - was contained in a document on the US Department of Justice website.

The issue was flatly denied by Prime Minister Bruce Golding.

"It was an error through a footnote which was corrected last year," Brady said, even though he gave no explanation as to why he had signed the document with the incorrect information.

"The Government has no contractual arrangement with Mr Brady, Harold Brady & Company, or any other private law firm in relation to the current extradition matter," Information Minister Daryl Vaz declared.

A multimillion-dollar contract, around which questions have been raised about the Government's involvement with United States law firm Manatt, Phelps & Phillips, through local attorney Harold Brady, has caught the eye of Contractor General Greg Christie.

"The matter has our attention," Christie told The Gleaner, noting that his office had obtained copies of the documents which were on the United States Justice Department's website.

"Further to my statement in Parliament on Tuesday, I have made investigations to ascertain whether the Government has had any connection with the US law firm Manatt, Phelps & Phillips," disclosed Prime Minister Bruce Golding in a Jamaica House statement.

Golding admitted that Harold Brady met with representatives from Manatt, Phelps & Phillips but no agreement was entered into.

According to Golding, Brady held talks with the solicitor general on a flight in December.

Opposition Member of Parliament Dr Peter Phillips said he was astounded that the prime minister could have been so "definitive and abusive in his denial in Parliament that there had not been any possible arrangement or contact by Government" with the US law firm.

"It is now clear, by his own admission today, that he obviously was not in possession of the facts," Phillips declared.

The firm then filed documents on the United States Department of Justice website claiming that it represented the Government of Jamaica.

"We will be speaking with members of the (US) executive branch to provide information on issues regarding existing political and economic matters, including existing treaty agreements between Jamaica and the US," the firm stated in its documentation.

The United States law firm Manatt, Phelps & Phillips is refusing to be drawn into the local controversy over its possible relationship with the Jamaican Government.

Despite being the focal point of the controversy, officials of the law firm on Monday offered no comment when contacted by The Gleaner.

Contacted by The Gleaner, Martinez said: "This isn't a story that we have anything to add to."

Information Minister Daryl Vaz has told The Gleaner that attorney-at-law Harold Brady had submitted documents to the Cabinet, which he claimed confirmed that the error, which indicated that the firm was working on behalf of the Government, had been corrected.

Vaz said the information submitted by Brady had been passed to the solicitor general.

Under increasing pressure from the parliamentary opposition and civil society, the Government has gone on the offensive while repeating its claim that it has had no dealings with Manatt.

"I want to categorically state and challenge anybody to bring forward any documentation to support the claim that the Jamaican Government entered into any contract, with any party, outside of the attorney general, who is our legal adviser," declared Information Minister Daryl Vaz.

Solicitor General Douglas Leys has defended his decision to have allowed a representative of Manatt, Phelps & Phillips to sit in on his meeting with US State Department officials on the Christopher 'Dudus' Coke extradition matter.

Leys has also disclosed that he was approached by attorney-at-law Harold Brady to engage the services of the law firm months before the December plane ride reported by Prime Minister Bruce Golding.

"This NEC (National Executive Council) also calls upon the General Legal Counsel to investigate and determine whether Mr Brady's actions constitute a breach of ethics of the legal profession, which warrants disciplinary action," Simpson Miller said.

In an amendment filed with the United States Department of Justice, Manatt, Phelps & Phillips reported that it "ceased activities on behalf of the Government of Jamaica through Harold C. W. Brady of Brady and Company as of February 8, 2010".

The amendment was filed on March 18, two days after Dr Peter Phillips first raised the issue.

Editorial in the Canadian publication The Globe and Mail: "The refusal of Jamaica's prime minister to extradite a man Washington describes as one of the world's most dangerous drug kingpins is unwise."

Attorney-at-law Harold Brady has failed to convince Solicitor General Douglas Leys that the American law firm Manatt, Phelps & Phillips corrected the "false claim" that it had been contracted to represent the Jamaican Government.

General Secretary of the Jamaica Labour Party, Karl Samuda, has been mandated by the Cabinet to take charge of the Government's response to the allegations.

"Because, obviously, this matter has implications both ways," Information Minister Daryl Vaz said.

Speaking on Nationwide 90FM, Harold Brady described Vaz's statements as careless and expressed disappointment with the manner in which the matter was being handled by the Government: "Knowing what he knows and knowing that I know what he knows ..... he is either daft or he needs to have his head examined."

The continuing saga involving the Government of Jamaica and the American law firm Manatt, Phelps & Phillips has attracted the attention of one of the most respected legal publications in the United States.

The Am Law Daily, on Wednesday, published an article titled 'Lobbying pact puts Manatt at centre of Jamaican political storm'.

Minister of Industry and Commerce Karl Samuda yesterday stopped short of accusing the parliamentary opposition and the Jamaica Chamber of Commerce of conspiring against the Government.

In an interview with The Sunday Gleaner, Samuda hit back at the two organisations which have taken the Government to task for mandating him to spearhead the probe into the controversy involving attorney Harold Brady and the United States-based law firm Manatt, Phelps & Phillips.

The firestorm raging over the extradition request for Christopher 'Dudus' Coke and the possible role of United States law firm Manatt, Phelps & Phillips blazed yesterday with a damning report in an American publication. The Washington Post newspaper reported US administration officials as saying they had no reason to believe that Manatt was representing anyone other than the Jamaican Government.