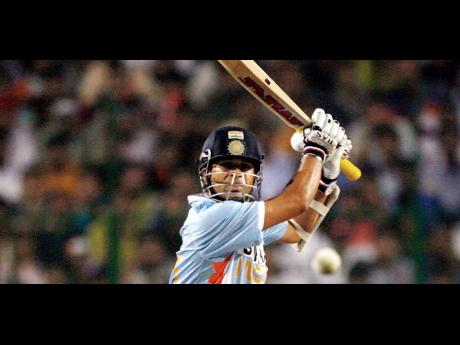 One of the reasons that I fell in love with the game of cricket as a small boy was the sound of the bat hitting the ball.

It was, and still is, a lovely, sweet, ringing sound as the willow came into contact with the leathered sphere, more so whenever it was with an aggressive intent, and especially so when the timing was so perfect that the ball flew from the 'sweet' spot, from the 'meat' of the blade, on its way to the boundary, along the grass or through the air.

That is why, to me, the only attraction of Twenty20 cricket was the sound of the bat hitting the ball, especially so the regularity of the sound, and, to an extent, the sight of the ball sailing through the air and over the boundary, most times well over the boundary and into the crowded stands.

That, however, was until recently.

The fielding, and more so the catching, during the current IPL tournament, has been fantastic. It will take a long time for me to forget, if I can ever forget them, a dozen or more catches so far this season.

Two catches, one by Doug Bollinger and the other by David Hussey on the boundary, were simply magnificent, or rather unbelievable, and so too was another by AB de Villiers a foot or two off the boundary at long on.

And there were three other awesome catches, one by a bowler, Harbhajan Singh, who is not known even as a good fielder, and two by two veterans, Sourav Ganguly and Rahul Dravid, which would have made champions like Roger Harper and Jonty Rhodes, Herschelle Gibbs in his prime, or even one like Colin Bland before them, envious.

While the fielding during the IPL tournament has been the result of practice, the bat hitting the ball in Twenty20 cricket is sometimes the result, not of cultured, orthodox, and calculated strokes, but of Russian roulette-type strokes.

In other words, the batsmen in Twenty20 cricket take a lot of chances, many, many more chances than batsmen in the longest version of the game.

The brilliance of the players in the field has, however, forced this question: will the batsmen in Twenty20 cricket ever be able to score as quickly as they have been doing without having to take so many chances, without 'swiping', and without, so many times, totally ignoring the basic principles of good batting?

Based on the orthodoxy, the elegance, and in terms of runs scored and the rate at which they score their runs, the success of batsmen like Sachin Tendulkar, Jacques Kallis, Rahul Dravid, Kumar Sangakkara, Ganguly, and Mahela Jayawardene in this year's IPL suggests that a batsman, and more so one at the top of the order, does not have to take too many chances in order to be a success in Twenty20 cricket.

Batsmen like Chris Gayle, Virender Sehwag, Matthew Hayden, Mahendra Singh Dhoni, and Adam Gilchrist, plus the unsuccessful Kieron Pollard and Dwayne Smith are among the renowned big-hitters in Twenty20 cricket, and yet the likes of Tendulkar, Kallis, Dravid, Sangakkara, Ganguly, and Jayawardene - the man from Kings X1 Punjab who stroked 110 not out off 59 deliveries while punching 14 fours and three sixes against Ganguly's Kolkata Knight Riders - have matched and sometimes bettered their performances both in the number of runs scored and the pace at which they have scored those runs.

On April 3, in the match between Chennai Super Kings and Rajasthan Royals, 469 runs were scored in 40 overs for the loss of 10 wickets, and although Murali Vijay scored 127 off 56 deliveries with eight fours and 11 sixes for the Super Kings, although Naman Ojha scored 94 not out off 55 deliveries with eight fours and six sixes for the Royals, there were few careless and reckless strokes.

As Sir Learie Constantine, a great West Indies cricketer of years gone by, said some time ago, a good batsman is a good batsman, and if that is so, then it should not be surprising that one like Tendulkar, one like Kallis, or one like Dravid, can score as quickly as some accepted big-hitters whenever scoring runs quickly is necessary.

From what has been happening in the IPL this season, the orthodox and elegant batsmen who are the successful batsmen, and they are also the mature ones - the ones who, from the experience gained over a number of years, have learnt to bat.

That begs another question, or two, or three.

Young batsmen need to develop proper technique, they should be groomed in the 'ABC' of batting before they are asked to experiment, to take chances, and on the surface, it seems that batting in Twenty20 is not what the doctor would order for young batsmen.

Batting in Twenty20 cricket probably should be reserved for those who are properly developed, who are well established, and who are good enough to change styles from one game to the other without the changes affecting their performance in the longer version of the game.

As far as the coaching is concerned, how does a coach who is accustomed to teaching a young batsman how to play straight and to telling him, among other things, to play in the "V", to play with the spin, not to cut against the spin, to get behind the ball, and to get as close to the ball as possible when playing off the front foot deal with coaching him to play Twenty20 cricket?

How does a coach encourage a young batsman in a Twenty20 match to move across the crease and hit the ball pitched a foot or two outside the off stump to square leg, or to drift back and try to hit a delivery pitched outside the leg stump through the off side?

And should a selector select a young batsman to play Twenty20 cricket and run the risk of hindering his development?

Apart from the fact that coaching and batting in Twenty20 do not go together, it appears that young batsmen should not be selected for Twenty20 cricket.

It is, however, a bigger problem for the selector.

In this day and age of professionalism, in this era of money and especially so in the West Indies, it would take a strong selector to leave a young, talented batsman out of a Twenty20 team even if he had the right to decide what is good and what is bad for the development of the young batsman.