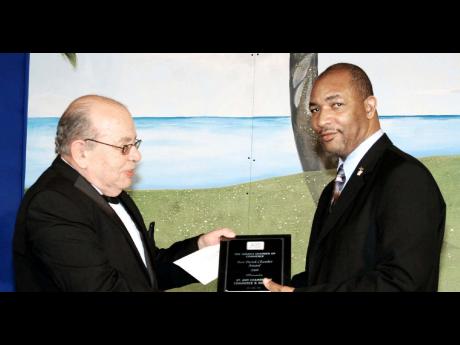 The award, presented by the Jamaica Chamber of Commerce, goes to the parish chamber that is nominated by peers as best in Jamaica.

"It's an awesome feeling and I must say to God be the glory," St Ann Chamber president, Horace Anthony Wildes, told The Gleaner. The chamber was winning for the first time under his charge.

"Where I think we have made the most impact, we are in partnership with the Jamaica Business Development Corporation, and so out of the chamber office we're currently operating (JamBiz) two days per week and we're seeing approximately 40 people per month who are interested in business plans, market research and loans. We've actually granted a couple of loans from that location."

The St Ann Chamber of Commerce was also the recipient of a European Union grant that enabled the construction of a conference centre that can house approximately 100 people and is available at concessionary rates.

The chamber also extended its base during last year, appointing directors outside the traditional business areas to now include people from Moneague and Brown's Town.

"We're making that shift; over the years the perception is that it's an Ocho Rios chamber, so we're making a deliberate attempt and move to make it a St Ann Chamber and these are some of the things I believe that have contributed to our success," Wildes explained.