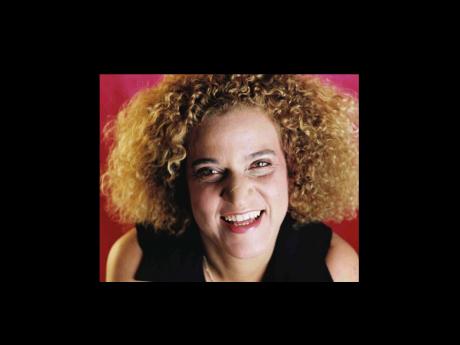 Over a year ago Frances-Anne Solomon received an e-mail from cultural icon Dr Kamau Brathwaite, congratulating and thanking her for her contribution to Caribbean film through the annual CaribbeanTales Film Festival, held in Toronto, Canada, each July.

As the festival extended back to its roots this year, with the Best of CaribbeanTales debuting in Barbados in February, Brathwaite planned to take students from New York University (NYU). That fell through, but Brathwaite was determined to make the connection and Solomon says "he began looking into the possibility of bringing the festival itself to NYU."

"Through his persistent efforts, the plan bore fruit, and was confirmed a few days ago. The NYU festival is therefore due to the foresight and vision of Kamau Brathwaite, who is an icon of our culture, and clearly sees the cultural importance and educational significance of the development of a film industry."

She says Brathwaite chose and programmed the films himself. "He knew exactly what he wanted to show, when and how," Solomon said.

Therefore Brathwaite, who is Professor of Comparative Literature at NYU, will host selections from the Best of CaribbeanTales 2010 from April 26th to May 1. The mini-festival is part of a larger event, Marassa 10 2010: A Festival of Caribbean Film, Story and Imagination.

Six feature films and several shorts from the Best of CaribbeanTales will be screened. Among them are Stephanie Black's Africa Unite, Calypso Dreams (Geoffrey Dunn, Michael Horne), A Winter Tale (directed by Solomon), the shorts Directions, Invisible and Mami Wata from Trinidad and Tobago, directed by Renee Polonais, Elspeth Duncan and Yao Ramesar respectively.

There are also the Maria Govan directed Rain, The Legend of Buchi Fil (German Gruber), Christopher Laird's Drummit2Summit and the closing feature Carmen and Geoffrey (Linda Atkins and Nick Doob).

"I am very excited to see giants of our literature - Brathwaite, Derek Walcott, George Lamming (who spoke at our launch in Barbados), to name a few - prepared to engage and throw their weight behind our new fledgeling film industry. It is very helpful, as it establishes a context for the work we are doing; they see its vast possibilities and their support gives our work a weight and legitimacy beyond mere 'entertainment'," Solomon said.

CaribbeanTales will also be involved in the International Pan African Film Festival from April 21 - 25 2010 in Cannes, France, Solomon receiving the personal honour of being invited as a 'Presidente du Jury' (President of the Jury). Among the films slated to be screened are Journey to Justice, Fabulous Spaces (which explores science fiction writer Nalo Hopkinson's work), Blood Dub and the Matriarch (Judy Singh's biopic of dub artist dbi.young.anitaafrika), Jab (Alex Deverteuil), Gathering of the Scattered Cousins (Akim Omotoso), Frances-Anne Solomon's What My Mother Told Me and I is a Long Memoried Woman, Celebration (Yao Ramesar), Crack House (Camille Selvon Abrahams) and Lennie Little White's Glory to Gloriana.

The inclusion has been long in the making. Solomon said "I was approached two years ago by Mr Basile Ngangue, the Artistic Director of the Festival International Pan African de Cannes. This is a festival that takes place in Cannes, France, between MipTV in April and the Cannes Film Festival in May. Mr Ngangue came to Canada a couple of times, and last year we were able to meet in Toronto. He expressed an interest in including Caribbean films in his programs and invited me to participate, so I gave him a selection of some 30 films to take back with him back to France."

A selection committee gave the nod to 20 of the films which Solomon recommended.

The implications of the NYU and Cannes forays go beyond achievement for CaribbeanTales. Solomon says "Caribbean culture, including film, is taking its place on the world stage, alongside other major cultures. The exposure legitimises our very being, our very existence as a people and a region, with not one but many original voices. The ability to have a voice, to tell our stories, is key to a healthy society. So we are growing as a region, we are coming to voice, coming into our own."

"Wherever there are of Caribbean people there is a thirst to see Caribbean stories. The explosion of exciting films and festivals like ours has generated great interest. It makes sense that the CaribbeanTales Film Festival, which began as a festival of films from the Caribbean and its Diaspora - originating in Toronto - would travel the world effortlessly."

On the strictly business end, Solomon says that CaribbeanTales Worldwide Distribution will be launched in May, this in association with BBEC, a Barbados-based investment company led by Dr Basil Springer.

"Effective and targeted distribution of our content is very much needed, to give us a platform in the world marketplace, to find our audiences and meet audience with product. Right now a lot of content is being created but there are no outlets. The infrastructure to monetise the work of creators does not exist. We have to change that. A distribution company will be the first step to putting the production of films on a proper business footing by identifying and targeting markets and generating income for producers," Solomon said.

"It is an exciting time and I feel very privileged to be part of it."