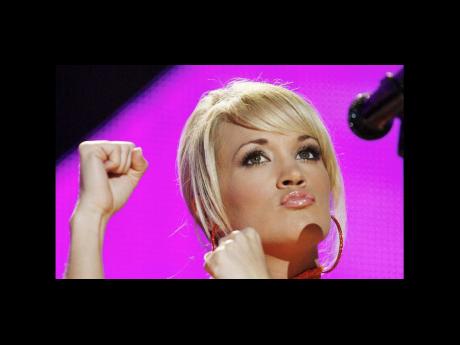 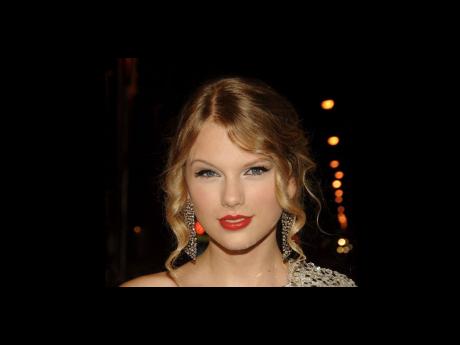 With all due respect to the leading men of country, this year's Academy of Country Music Awards (ACM) looks like it's going to the gals.

Carrie Underwood can make history as the first woman to win two entertainer of the year awards when the stars turn out at the MGM Grand on Sunday night in Las Vegas.

Also up for the fan-voted award is Taylor Swift, the 20-year-old sensation who brought her country music to a huge mainstream audience, making her one of pop music's biggest stars.

Men have long dominated the award. But ACM host Reba McEntire says while most of Sunday's awards are still voted on by members of the music industry, technology may give Underwood and Swift an advantage over the guys.

"Whoever's the most active on the Internet and stuff, to me that's the person who would have the advantage," said McEntire, hosting the show for the 12th time. "So we'll see how it turns out."

Underwood, who shut down juggernaut Kenny Chesney's four-year reign as ACM entertainer of the year in 2009, says she hasn't yet cleared space on her mantle for another entertainer trophy.

Underwood has plenty of reason to be confident. Nothing much has changed since she won last April. Her latest album, Play On, was one of 2009's top albums. She recently earned her 12th straight country No. 1 with Temporary Home and she's ramped up the fireworks on her latest tour.

Entertainer of the year

The 'American Idol' winner clearly meets the all-around definition of entertainer of the year.

Swift is one of the few country acts to rival her success, though. Fearless was last year's best-selling album and it won her dozens of awards; her most recent big win was her four Grammys in February, including album of the year. She won the Country Music Association's entertainer of the year award last fall over Chesney and could make it a clean sweep on Sunday.

"Taylor and Carrie have proven if there's a fan-voted award they are strong contenders," Lady Antebellum's Charles Kelley said. "They deserve it. Taylor Swift, her crowd is a voting crowd. They'll get on there and vote."

Underwood and Miranda Lambert are up for six awards along with the Zac Brown Band. Swift is up for five nominations.

The ACMs will be aired live on CBS.