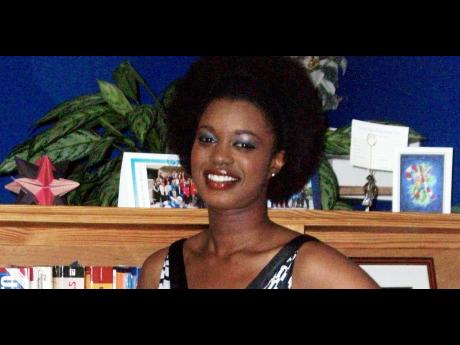 At 16 years old, Lorrette Fisher decided to adopt the simple mantra, 'Do unto others as you would have them do unto you'.

A past student of Holy Childhood Preparatory School, Fisher then attended Campion College.

On one idle day in 2005, while on the sixth-form block, on a whim, she decided to sign up to sit the University of the West Indies' scholarship examination. As luck would have it, she was awarded the Jamaican Open Scholarship and granted admission to the university's faculty of law.

But by then she had committed to attending Vassar College in Poughkeepsie, New York on a full scholarship. Lorrette was undoubtedly torn. Eventually, she chose to attend Vassar, in part because of her thirst for new life experiences.

After Vassar, with undergraduate degree in hand, she entered the offices of Versan Educational Services on Constant Spring road last September. Along with the educators, she worked assiduously to conquer the material for her SAT and LSAT. The work paid off, and after her first sitting of the test in December, she scored in the 97th percentile on her law school admission test.

To date, Lorrette has received offers of admission from six of the 10 schools she has applied to. She is now seriously considering attending either Emory, George Washington University or Washington University in St Louis School of Law - the schools that have provided her with the most aid.

From high school to college, Fisher has remained very active in extra-curricular activities. From participating in cheerleading, to sports captain and prefect in high school, from sitting on the 22-member student government association, working with deans and students to improve life on campus, to representing the school in squash and rowing. At one point, her activities outnumbered her classes. "Not only is it educational and good for personal growth and development, but it is also fun. It can be a great confidence-building exercise to be a part of a group or a team. Whether it is winning a match, reaching the target set for a fund-raising venture, executing a successful meeting, or whatever it may be," she notes.

She credits her attitude to life and her achievements thus far, in large part to her parents. She notes that her parents have always encouraged her to go after her dreams and have never put limits on her imagination and self-expression. Though happy with how things have worked out for her, she feels private agencies should do more to help finance education."I do wish private agencies were more willing to step in where government is not able to and become more seriously invested in education, and that banks, would provide students with loans at much lower interest rates. Companies could invest in even a handful of students per year and help to subsidise their education and perhaps make it so that the student has to work at the company for a particular period of time. Then they would not be complaining about the ineptitude of some of the workers they are faced with. Perhaps by investing in the members of the society and not forcing them to work and go to school because of the lack of a loan repayment deferral action, we could start to produce the workers of the calibre that these organisations so desire."

Lorrette plans to study intellectual property law and eventually hopes to use the knowledge and contacts earned to establish her own talent development and corporate event planning agency.

Her advice to anyone who cares: Never move through life so fast that you forget to take time to see and appreciate the things and people around you. Sometimes you get so caught up in work that you become too busy for others and even yourself.

Be balanced - play hard, but work hard as well. The play is to keep yourself sane and grounded; the hard work is so that you can do things for others.