I ain't no man 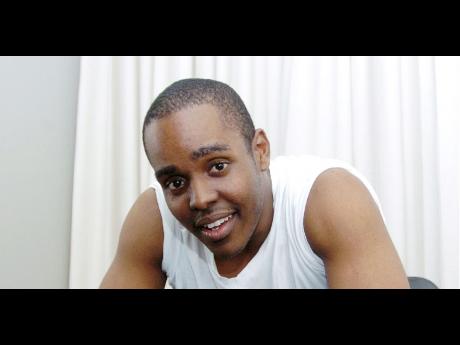 Get out the tissue and pass the handkerchief for I have bad news; I am not a full man.

Let me give some background. I attended a gender sensitisation workshop hosted by the Male Desk of the Bureau of Women's Affairs and the UNFPA recently (keep reading Flair for stories from that). The participants (mostly men between 13 and 25) were asked what they thought made them a man, in Jamaican terms.

They spoke about various things that society, over time, had told them was what made a man. "Have nuff woman", "breed a girl by 20" and having a strong voice were among the 'necessities' for being considered a man. Alas, I have neither done, nor have, any of the aforementioned. But even with things I have done, I'm still not there. For instance, "real man nuh keep malice" they told us. I do, however, and, therefore, if I'm to follow this reasoning, I ain't a full man! Don't know if I'm half or three-quarters, but not full.

All is not lost though. At least from the physical standpoint, I am still male as many of the guys felt that without the 'rod' or 'rifle', you're not a man. And I was relieved to hear that real men don't beat women either. "A woman strength alone dem man deh have," they chirped. So score another fraction for me (maybe I'm five-sevenths by now).

Jokes aside, one of the main objectives of the workshop, and the main point of this article, is to help us break away from these stereotypes, as they are doing more harm than good. They especially affect how correctly, or incorrectly, men treat the opposite sex (another main objective of the workshop). You can't relate properly to women if you don't understand yourself as a man.

The counsellors encouraged the men to look inside themselves and to think things through. So I ask, why shouldn't a man be 'allowed' to malice if he feels he's been hurt badly? So what if you can't fight, or are not good with your hands (like me)? Why shouldn't your woman know more about cars than you? Why should it be considered weak if a man tells his son he loves him?

The sooner our men (and women) forget society's beliefs of gender and decide for themselves what makes them who they are, the better off Jamaica will be. For example, a man who knows that stealing is not acceptable even if it's to feed his family, won't jack your car or slash you while taking your wallet or purse.

Think on these things folks while I take this not-complete-man self of mine home. Lata.

Tell me who's a real man at daviot.kelly@gleanerjm.com