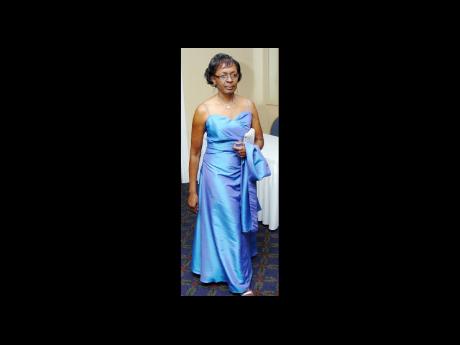 Carry the shawl like this, with ease. Her gown is also the perfect length. 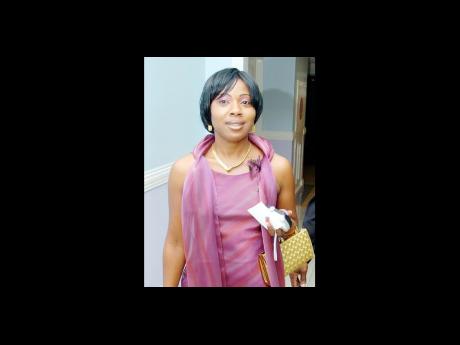 Wrong way to wear a shawl. 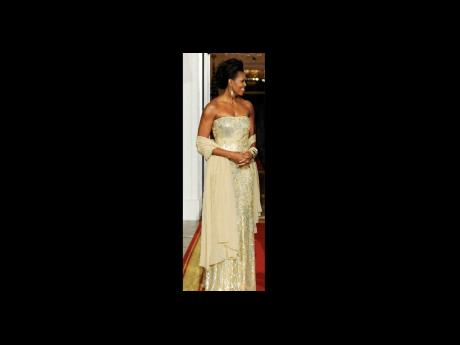 The United States first lady hardly misses a beat ,and she knows how to wear a shawl. 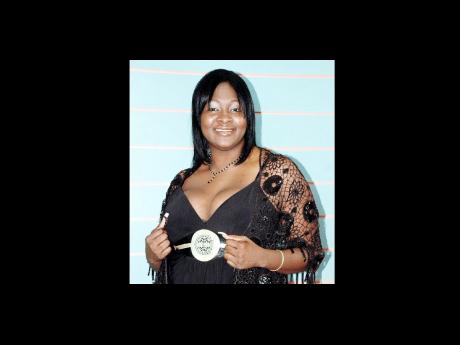 We have noticed that many women who dress for formal and other occasions, have no clue about good taste or appropriateness of attire. We have selected a few examples from our files to show you what works and what does not.

We are particularly concerned about the use of wraps/scarves/shawls. We also see where many women do not wear the correct bra and their breasts are either squashed too tightly or spilling over. Many women need to invest in a good-fitting long-line strapless bra.

Finally, the hemlines of gowns don't ever seem to be right. Shorten them to touch the top of the high-heel tips, if they do not end in a train. The hemline is not a detachable broom, so it should not be sweeping the floor. And don't forget, you should not be holding up the gown all night in an attempt to prevent yourself from tripping over it!

There are many creative ways to wear scarves or shawls to accentuate one's attire. While they are many times worn to make a fashion statement, scarves and shawls are also worn as a covering in some parts of the world due to religious or traditional beliefs, as well as to keep the body warm in cold climates.

Here in Jamaica, scarves or shawls are more popularly used to complement a dress. But while the item is worn and draped according to one's liking and taste, it can at times look tacky.

One common habit is for women to use the scarf as a substitute for backless dresses. When it is used as a substitute, the scarf is tucked under the straps of the dress to keep it in place. Now nothing is wrong with using the scarf for extra coverage, but if this is desired, do it stylishly. When the intention is to cover the back, drape the scarf so that it covers the area and then let the rest of it fall loosely, allowing the arms and elbows to keep it in place instead of tying it under the thin straps of the gown.

Scarves are intended to enhance the gown, not to take away or hide the beauty of it. Select them based on colour and length, as well as the style you wish to accessorise the outfit. The goal is not to create a busy look but a flattering and tasteful one.