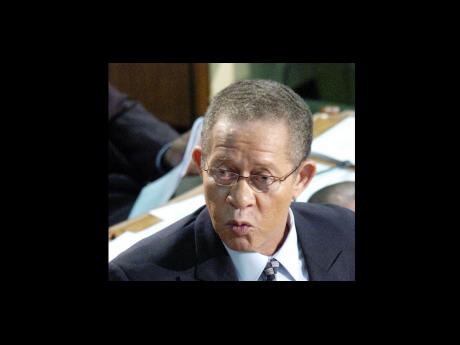 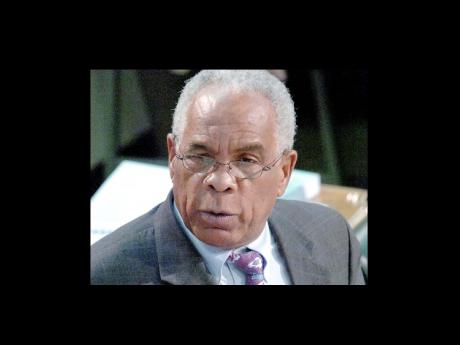 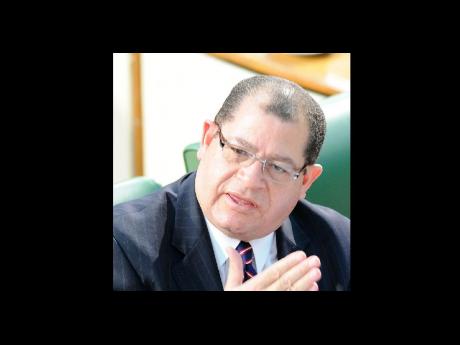 WE ARE struggling to digest Dr Omar Davies' contribution to the budget debate. When he spoke last week, the opposition spokesman on finance said Audley Shaw's projections for revenue collection and the budget deficit were so incredible that the Government may have to implement new taxes this fiscal year.

Davies contended that Shaw's record at missing targets gave little comfort that the numbers projected would hold. He pointed, for instance, at the budget deficit which Shaw last year projected to be 5.5 per cent but was later revised to 10.6 per cent as the year dragged on.

Our issue is not so much with the soundness of Davies' criticism. Instead, The Gavel believes that if the criticism was coming from someone other than Davies, it would be more palatable. We submit that Davies is like a surgeon who loses most of his patients on the operating table.

Davies, who served as finance minister for 14 years, had a habit of missing targets. Who will forget that Davies told the nation that he would have balanced the budget in the 2005-06 fiscal year?

"If we fail to balance the budget in '05-06, accommodation of any new wage increase in '06-07 will imply a continuation of a deficit position or will require a major tax package," Davies said in April 2005.

The records show that not only did Davies fail to balance the books, but also that Jamaicans have never escaped the pain of tax packages of finance ministers - from Davies to Shaw. We are certain that Davies, as he did in his budget presentations, will blame bad weather - hurricanes - for throwing out his deficit targets. This is very much the same way that Shaw, who is yet to have a hurricane, blames international conditions for his failure to meet targets. We consider these excuses disingenuous. The fact is that any planning for fiscal targets must take into account exogenous events such as natural disasters and other shocks. Forecasting with only best circumstances in mind is a recipe for certain disappointment.

Having said that, we believe that Shaw's projections are cutting it so close Jamaicans will weep and moan if one variable jumps out of place. What if he is unable to arrange the 'fire sale' of the country's assets that he has planned? What if, as we expect, aggregate demand continues to decrease leading to less taxes being collected?

Meanwhile, one must go beyond Davies' lack of credibility to assess the contribution of the parliamentary Opposition to the budget debate last week. Opposition Leader Portia Simpson Miller touched on all the right areas as she bemoaned the decrease in the standard of living of Jamaicans.

However, for a party that has been declaring that Jamaicans have had enough of the Bruce Golding-led government, and has gone around the island with wide-ranging consultations in various forums - the opposition lacked prescriptions and sold itself short.

When Golding walks to the crease tomorrow, it is expected that he will mount a strong response to the Opposition PNP. We expect him to tell Simpson Miller why 'Farmer Joe' has become so poor and disillusioned. The Gavel would not be surprised if Golding blames the 18 years of the PNP for his administration's plight.

But he must go beyond "it's your fault", and paint a clear picture of where Jamaica is going and how his government intends to take the country to that new beginning, of which he so often speaks. Our greatest disappointment would be if the prime minister fails to address, in a fulsome way, the issue of crime.

Meanwhile, when Shaw closes the debate on Wednesday, we hope he will disappoint those among us who feel that a new tax package is not far from being announced. We also hope that Shaw will use the opportunity to add clarity to the government macro-economic policy which is as clear as a river in spate. And, before we forget, Shaw must tell us how the gas tax has been performing and provide clarity on the money being given to the Road Maintenance Fund.

So far, it has been a decent, though not spectacular, budget debate. Now Golding and Shaw need to lift the standard and give us hope.