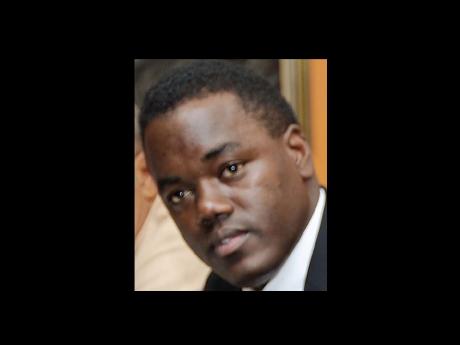 OPPOSITION SPOKESMAN on Education Senator Basil Waite is hailing the passage of credit reporting legislation, saying it will pave the way for many Jamaican students to better finance their education.

Speaking during the debate on the bill in the Senate on Friday, Waite said many students have been unable to access funding from the Students' Loan Bureau (SLB) because they were unable to secure guarantors. The state-run SLB requires that all loans be secured by two guarantors.

"Many Jamaican young people will not apply to the Students' Loan Bureau and will not peruse tertiary education because of the level of debt that they will get themselves into and because they cannot find guarantors," Waite said.

His intervention in the debate was marked by a tiff with President of the Senate Oswald Harding who questioned the link between the SLB and the debate on the credit reporting bill, which now allows for the establishment of a database to track people's use of credit and the faithfulness in repaying.

Waite told the Senate that credit bureaus will allow students to guarantee their own loans.

"What I am suggesting is that we do everything we can to make credit bureaus start operating in the very near term, in time for the next academic year," he said.

When the House of Represen-tatives debated the bill in February, Education Minister Andrew Holness said credit reporting could help to reduce the delinquency rate of SLB borrowers.

"As the legislation evolves and the markets begin to merge, you will find that students who got their loans here and migrate and don't repay, their credit ratings in other jurisdictions may be also affected," Holness argued. He told Parliament that Government intends to make it easier for persons to access loans and that customers must find it difficult to default on their loans.

"Once we have reached that stage in the market, then interest rates will begin to fall," Holness said.

On Friday, Waite urged that the SLB abolish the need for guarantors as soon as credit bureaus start operating.

"You will be able to track the loan of the students and that student will know that if they don't repay the loan then it is going to affect their credit rating and their ability to participate in the financial sector," Waite said.

Meanwhile, data provided by the SLB indicates that the number of persons being denied loans has decreased drastically from 1,090 in 2003 to 44 in 2009.

Analisa Downes, the director of communications at the SLB, in responding to queries from The Gleaner late last year indicated that there was no data to indicate whether loans have been denied because of their inability to secure guarantors.

In his contribution on Friday, Waite said more than 9,000 students applied to the SLB last year and approximately 1,500 of them were not approved for various reasons, but one of the major causes for that was the fact that they could not find guarantors.

"Many hundreds of Jamaican young people were unable to get a student loan to pursue their tertiary education because they could not find anybody to guarantee their student's loan," he said.