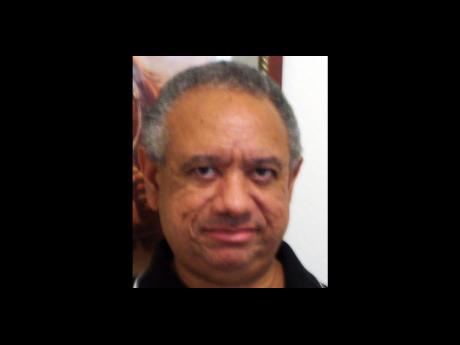 I'm beginning to believe the People's National Party (PNP) has taken leave of its senses. That organisation just doesn't get it.

Recently, I received a copy of the latest PNP solicitation for contributions signed by Senator Mark Golding. It wasn't addressed to me - apparently mine's still in the mail. It's reproduced below minus the addressee's name and others' contact information.

Jamaica is now facing unprecedented threats to the basic rule of law and the democratic system of governance. Our cherished freedoms, which we often take for granted, depend on the preservation of our democratic system. More than ever, a vibrant Opposition is critical to keeping a Government in check and providing an alternative choice to the country. Jamaica's democracy now relies on private-sector leaders, such as yourself, to ensure that there is proportionality in the resources made available to the two main political parties. Legitimate private-sector support is also vital to ensure that our Party continues to avoid exposure to unsavoury sources of funding, and the insidious influence of such sources on the country's governance.

"I am, therefore, appealing to you to support our Party's 2010 Budget, which will allow us to maintain the basic programmes and functions required to strengthen our national organisation. We are hoping that you will commit to the following modest quarterly contributions in 2010:

Cheques can be made payable to - (i) Bank of Nova Scotia Jamaica Ltd, or (ii) Sunshine Foundation, (iii) People's National Party, whichever you find most convenient. Your contribution may be delivered to the Party's headquarters at 8 Old Hope Road, Kingston 6, in an envelope addressed to the treasurer. Or you can call David White at (phone numbers), who will arrange collection. Please feel free to contact me at (phone number) or (email address) to discuss this matter further.

We look forward to your favourable response, and I thank you in advance for your generous support."

As I wrote, they just don't get it. One at a time:

The 'threat' we face today is the same 'threat' we faced when the PNP government, without consultation, rammed their clusterf(insac)ked solution to the banking crisis through Cabinet, then Parliament, then down our collective throats, telling us about it only after it became 'law'. So long as our present constitutional arrangements persist, the 'threat' is perennial.

(2) "... a vibrant Opposition is critical to ... providing an alternative choice to the country." Really? Exactly what 'alternative choice' are you mealy-mouthing about, Mark? It's the present Opposition who has ensured we have no choice by dictating that our sole 'alternative' to the motley crew currently in charge is to expose ourselves as fools by re-electing the same prime minister we rejected in 2007. Please explain to me, Mark, how this becomes "preservation of our democratic system." You're rumoured to be bright. I'm a simpleton. Explain!

(3) "Legitimate private-sector support is also vital to ensure that our Party continues to avoid exposure to unsavoury sources of funding ..." This must be the Guy Lombardo Show! So, Trafigura was the private sector's fault, Mark? They forced you to a corrupt source of funding? Or was it your own party's greed, weakness and lust for 'power'? Which was it, Mark? For the sake of the nation, please come clean now!

Let's see if I have it right. To cure what ails Jamaica, all we each must do, in the midst of a cruel recession and under the yoke of unbearably unjust taxation against which your party can't locate the testicular fortitude to call for civil disobedience, is to hand over $1,000,000 to the PNP to spend as it likes without accounting? Right, Mark?

It's not possible that you're asking us to fund more of the same old same old with PNP controllers instead of JLP? Perish the thought! That's just a cynical old recluse's warped take on your deep, sincere desire to serve Jamaica. This time, promises will be performed. Right, Mark? Right!!