'Taboo Yardies' to hit the streets in November 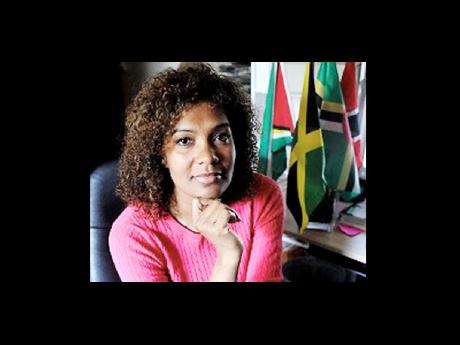 A Jamaican film-maker's documentary about the country's indifference toward homosexuals is tentatively scheduled for a November release.

Taboo Yardies is the title of Selena Blake's project which looks at the intolerance of Jamaicans toward persons with an alternative lifestyle. The project is being produced by Blake's Maynov Productions.

"Hopefully, the film should be completed within the next two months. I think the buzz surrounding this project is human rights because it's never been told in this manner before," she said.

The Golding assignment was significant. In a 2008 interview on the British Broadcasting Corporation television programme Hard Talk, the prime minister said there was no space for homosexuals in his administration.

Blake, 47, said it was difficult getting archival material in Jamaica.

"We knew it would be challenging trying to get footage from sources that are homo-intolerant but we managed to overcome the road blocks," she said.

Jamaicans have long shunned homosexuality, mainly on religious grounds. In recent years, many dancehall artistes have been targeted by gay advocates in Europe and North America for their anti-gay songs.

Taboo Yardies is the second film by Blake, a former model who has lived in New York City for more than 30 years. Her 2005 debut, Queensbridge: The Other Side, dealt with deteriorating conditions at the Long Island housing project of the same name where she once lived.

The Queensbridge scheme was built in 1939 and was once home to World War II veterans. NBA star Ron Artest and rapper Marley Marl grew up there.

That documentary got strong reviews including a thumbs-up from the New York Times. Blake hopes Taboo Yardies will also strike an emotional chord.

"I hope it will become a vehicle that will spur an open and honest conversation where homo-intolerance is concerned," she said. "I'm sure there are bigger issues facing Jamaica than same-sex relationships."