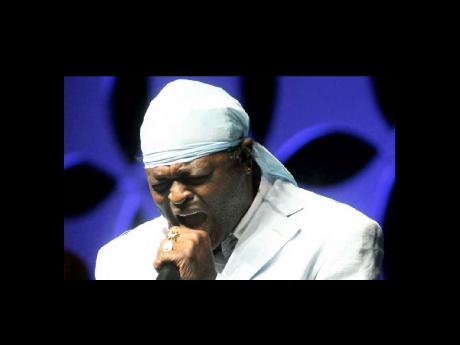 Sugar Minott is one of the artistes featured in the documentary 'Rasta Life'. - Contributed Photo

Though he endured tough times during his early years in Greenwich Town, Alphanso 'King Shark' Henclewood says the neighbourhood made a lasting mark on him. Rasta Life, a documentary he produced, is based on that St Andrew community.

Henclewood, who is also a singer and music producer, was in Kingston recently to complete filming for Rasta Life which is scheduled to be released later this year.

"The main thing I wanted to show is that Greenwich Town used to be one of the nicest places in town, before all the violence," Henclewood told The Gleaner recently from his Pecos, New Mexico, home.

Greenwich Town is located in South West St Andrew, the constituency of Portia Simpson Miller, former prime minister and current leader of the opposition. Like most inner-city areas in the Corporate Area, it has suffered from years of political conflict.

Rasta Life focuses largely on the music scene, one of the positives of Greenwich Town. Henclewood interviewed artistes who were born or raised in the area, including singers Phillip Fraser, Earl Zero and Prince Alla.

'Outside' artistes such as Sugar Minott and Tony Tuff are also featured.

They comment on the vibrant Greenwich Town music scene of the 1970s.

Henclewood says he was born at Sixth Street in Greenwich Town in May 1958.

Back then, most of the residents there earned a living as fisher-folk at the nearby fishing village, but in the early 1970s music and Rastafari attracted many youth.

"Wi used to have sound (systems) like Emperor Faith and Tipper tone and, as a youth, mi used to see people like (producer) Bunny Lee and (singer) Slim Smith," Henclewood recalled.

Henclewood's own music career started in the 1980s with his Green Farm label which yielded self-produced songs like Thanks Be Unto Him and Magnetic Woman. He also produced songs by Charlie Chaplin, Johnny Osbourne and Captain Barkey.

Henclewood says he has lived in New Mexico since 1999. He began working on Rasta Life last year, collaborating mainly with Eduardo Griego, a New Mexico native who is editing the 90-minute project.

Rasta Life will be distributed through Henclewood's Montego Records.