The birth of visa trouble 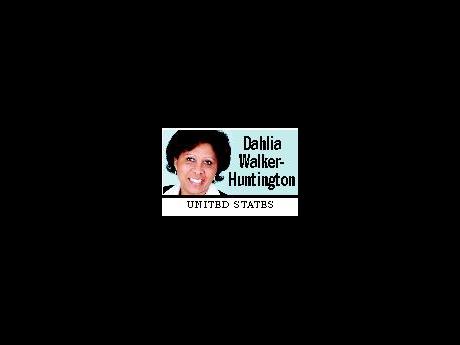 Last year, I had my son in the United States (US). I spent six months (the time allocated), then returned to Jamaica. Upon returning to the US three months later with my son, I was stopped by an immigration officer who accused me of living in the US as I had spent six months prior. He further went on to say that I had my baby in the US and that I received Medicaid, which was considered fraudulent by the government. The officer also said that I had spent six months in previous years (when, in fact, I spent five months). He told me that when reapplying for my visa, I should tell them that I had a baby in the US and received Medicaid.

I told him that I had a premature birth and it was not my intention to have my baby there, but due to complications, I did. He asked me how I obtained Medicaid and I informed him that I was told about it by a nurse. He took me into custody and spoke to his supervisor who subsequently told him to let me go. Before that, he asked how long I intended to stay in the US and I told him, one month. He then stamped one month in my passport. My visa expires on November 13, 2010.

1. Will the fact that I was stopped by Immigration affect my chances of renewing my visa and will what I said be at the US Embassy?

2. Do I have to inform the embassy when reapplying that I had a child in the US and that I received Medicaid?

3. Should I renew the visa before the expiration date?

Please help me to understand the ramifications of what transpired, given the details of my ordeal.

I patiently await your advice.

While I have previously addressed the same issue in my columns, this is a situation that I am constantly presented with by Jamaican women and feel it necessary to revisit the issue.

Firstly, when you are in the US on a non-immigrant visa, you are not entitled to stay there for months at a time. The Customs and Border Protection Officers (CBP) at the airport normally stamp six months in your passport for convenience. It does not mean that you are to stay six months on your B1/B2 visa.

If you spend five months in the US, return to Jamaica for a few weeks, then go back to the US for six months, you are actually spending more time in the US than you are in your native country. It says to the CBP officer that you are, in fact, living in the US, and by extension, the presumption is that you are working without authorisation in the US.

A visitor goes for a few weeks and returns home to their family and their jobs.

Secondly, when you go to the US as a visitor, you are not to become a public charge on the government and the taxpayers of the US. Women who have babies in the US and receive Medicaid to pay for the birth of the child become a burden on the country.

Your child, as a US citizen, is entitled to government benefits, but you, as a non-immigrant are not. If you go to a hospital to have a child, the hospital wants to make sure they are paid and you do not leave the US without them having an opportunity to collect their money - hence, they will make a social worker available to you to enrol you in Medicaid.

Unfortunately, once Medicaid pays the medical bill, they do not have a mechanism by which to be reimbursed.

Under US immigration laws, however, receipt of Medicaid for the birth of a child violates the terms of your non-immigrant visa and makes you subject to the revocation of your visa. Fortunately for you, the CBP supervisor was lenient and allowed you to enter the US. However, when it is time for you to renew your visa, you must assume that the CBP officer noted in your files that you became a public charge and that you spent excessive periods of time in the US and that the information is on your record.

When you apply for or to renew a non-immigrant visa, you must be absolutely truthful on your application. It asks you if you have specific family members who are US citizens or lawful permanent residents. You have a US citizen son and must therefore declare your relationship to him on your application. If you cannot provide proof to the consular officer at the US Embassy that you paid for the birth of your child in the US, you will not be granted a US visa. Likewise, if and when you take your child to the US Embassy to renew his US passport, if you are the holder of a current US visa, you may have your visa revoked if you cannot prove that you paid for the birth of your child.

Dahlia A. Walker-Huntington, Esq, is a Jamaican-American attorney who practises law in Florida in the areas of immigration, family, corporate and personal-injury law. She is a mediator, arbitrator and special magistrate in Broward County, Florida. info@walkerhuntington.com.