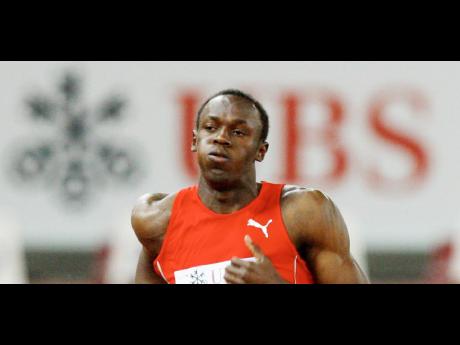 Double world record holder, Usain Bolt, is set to run his first 100m of the season at the Daegu Meet in South Korea on May 19.

Bolt, who holds records in the 100m and 200m, has been a target for organisers for the past two seasons, but he declined because he was nursing an injury after the 2008 Olympic Games in Beijing and wrapped up the season earlier than expected by most in 2009.

The 23-year-old is beginning to fill out his schedule and is set to feature for team Jamaica at this weekend's Penn Relays before heading back home to compete in the 200m at the Jamaica International Invitational on May 1.

Bolt, who claimed the sprint double at the 2008 Beijing Olympics and World Athletics Championships a year later, both in world-record times, will then make his first appearance in the IAAF Diamond League in Shanghai, China, on May 23.

Moon Dong-hoo, organiser of next year's World Championships in Athletics, which is also scheduled for Daegu, was pleased to see the sport's biggest star open his 100m campaign in the city.

Speaking to South Korean reporters, Dong-Hoo said, "It is significant that Bolt will open his season with the 100 metres in Daegu. Bolt is a really popular figure in Korea and everyone hopes that he will set a new record.''

The Daegu Meet is an annual event that started in 2005 to promote the city, which lies 300 kilometres south-east of Seoul, during its bid to host the IAAF World Championships in Athletics.

The Jamaican will be joined at the meet by American speedster Carmelita Jeter.