Alcoa gets 90 days for counter-offer 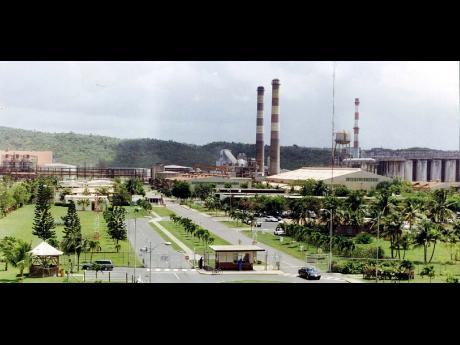 Alcoa Inc has three months in which to make a counter-offer for Jamaica's minority stake in the Jamalco Refinery, which Prime Minister Bruce Golding has now confirmed is being sold to Zhuhai Hong Fan Trading of China.

Jamaica's deal with Hong Fan is for the sale of Clarendon Alumina Partners Limited (CAP), which holds Jamaica's share of the refinery.

"The sale is subject to the inherent rights of Alcoa, our joint-venture partner in Jamalco, which has a 90-day right of first refusal," Golding said Tuesday in his contribution to the budget debate.

Alcoa Jamaica, which is run by Jerome Maxwell, did not immediately return calls for comment.

Last week, members of Hong Fan and Alcoa met in Jamaica along with representatives of the Aluminum Corporation of China Limited (CHALCO) and the China Development Bank to discuss various aspects of the proposed agreement, as well as to explore other bauxite and energy investment opportunities.

Hong Fan has an alumina supply contract with CHALCO, China's largest aluminium company. It has also secured financing from the China Development Bank

PM Golding noted in his presentation that Hong Fan is committed to expanding the Jamalco plant from 1.4 million to 2.7 million tonnes "provided adequate long-term bauxite reserves can be assured."

He was optimistic that deal will be consummated, but did not disclose the value of sale.

CAP was established in 1985 as holding vehicle for Jamaica's then 50 per cent share of Jamalco.

In 2007, managing partner Alcoa acquired an additional five per cent of the equity, growing its stake to 55 per cent after adding 125,000 tonnes to the plant's capacity. The investment was funded by the American mining company.

Its accumulated deficit is now estimated at US$234 million (J$21 billion).

As of September 2009, approximately 70 per cent of CAP's total debt of US$369 million (J$33.2 billion) was guaranteed by the Government of Jamaica. The debt is serviced predominantly by cash advances from the GOJ to CAP.

These monies represent funds borrowed through CAP to provide budgetary financing for past budgets and to cover its share of capital investment costs in recent years.

PM Golding noted that in addition to assuming this debt, the GOJ has had to provide an additional US$176 million (J$15.8 billion) to meet CAP's obligations to Jamalco.