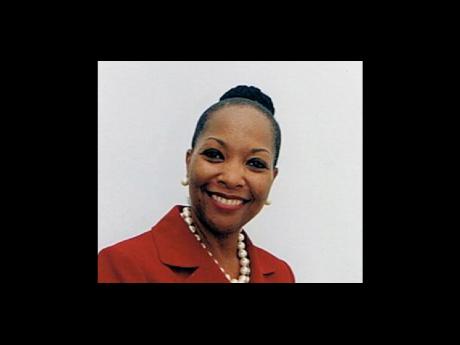 To keep the lid on operating expenses for micro, small and medium companies, the advisory and lobbying group MSME Alliance has introduced a new scheme that offers discounts on inputs while promoting trade among members within its network.

There is a sign-up fee of $1,500 per year for MSME Alliance members who are issued with the new 'ABC Card', but details of the expected savings are yet to be made known.

"Our main objective is to reduce your cost of operations by providing you with access to special negotiated discounts for raw materials and other inputs that you use in your business," Rosalea Hamilton, president of the MSME Alliance, told member firms at a forum in Kingston on Friday, largely focussed on the impact of the 2010/11 national budget on MSMEs.

"ABC Card is also to facilitate business networking and to increase sales among members of the MSME Alliance."

The Alliance has 35 member associations,which represent more than 300,000 micro, small and medium enterprises.

Its main preoccupation is lobbying to improve the business climate for MSMEs in Jamaica and the Caribbean.

In an apparent recognition that there was no easy or immediate way out of the continuing business decline and general economic challenges, the small business coalition is prodding its member operations to try offering preferential prices to each other as one way to stoke business.

"By offering special discounts, members of the MSME Alliance can benefit from increased sales from other members willing to support each other and strengthen the organisational network," said Hamilton, a professor in entrepreneurship at the University of Technology.

She was speaking at a seminar held for members of the MSME Alliance at the Stella Maris Conference Centre in Kingston last week.

There are also plans to eventually extend the use of the ABC card beyond the entrepreneurial alliance, and negotiations are said to be underway with other businesses outside the network.

The initiative was started against the background of a survey of MSME Alliance members, the majority of which reported business as being bad, very bad or just about at the same level as it was in 2008.

The assessment, Hamilton said, was done during the period leading up to Christmas last year, but she noted that not much has changed for her members since then.

In fact, she pointed out, the MSME Alliance survey found members reporting that so far this year, they have had fewer customers who are buying less; encountered an increase in the cost of raw materials and other inputs; and were having difficulty paying bills.

As a result, said Hamilton, micro, small and medium business operators were stressed and worried about the future of their businesses; and have had to scale down operations, dip into their savings, and work longer hours.

Speaking at the MSME seminar, the network's head posed several questions directed at the Minister of Finance and the Public Service, Audley Shaw, with respect to the 2010 national budget and its anticipated impact on small businesses.

"How will your budget help our entrepreneurs to eat a food or move from a hand-to-mouth business to an internationally competitive and profitable business?" she asked.

"How will the budget help craft traders and producers to get more demand, help farmers survive in praedial larceny and continue to grow more," Hamilton continued.

While acknowledging the existence of various incentives, such as an increase in the tax threshold, which she noted has created some breathing space for MSMEs, Hamilton concluded that more needed to be done for the sector.

"These incentives are not enough to stimulate growth in the MSME sector in these tough times."

Business areas covered under the umbrella of the MSME Alliance include manufacturing, represented by the Blockmakers Association of Jamaica; transport,distributive trade, tourism, entertainment and cultural industries.

Agriculture, including fisheries and forestry, account for eight member associations, among them the Jamaica Egg Farmers, Jamaica Greenhouse Growers and the All Island Bee Farmers Association.