What are the values of Jamaicans? 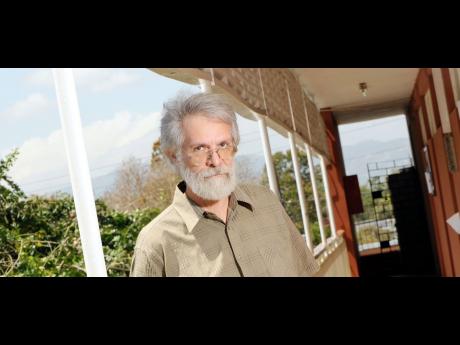 Lawrence Powell, polling director for the Centre for Leadership and Governance at the UWI. - Ricardo Makyn/Staff Photographer

What are our dominant social values as Jamaicans? Oddly, we are a decade into the 21st century, and yet we have only recently begun to answer that basic question in an objective, defensible way.

Although impressionistic studies done at the University of the West Indies (UWI) and elsewhere have offered some valuable insights into the Jamaican national character, the first systematic test of this in a nationwide survey was not conducted until 2007.

As Carl Stone had pointed out back in 1992, in order for Jamaicans to build a strong, stable democracy, it is very important for the nation's social scientists to understand these shared "values which determine, underpin and help to shape the character and essence of the social and economic structures".

The culture of every nation is unique. A people's unique history and values, their 'habits of the heart' provide the context within which social life and politics unfold. What we believe in and do not believe in as a society - what we consider just and unjust, moral and immoral, fair and unfair - defines what is possible for us. It defines which government policies we will find acceptable and which ones we rebel against. It defines which politicians and parties we prefer and do not prefer.

One of the major priorities of the Centre for Leadership and Governance when it was founded at UWI was to track Jamaican social and political values. The most widely used measure of values, the Schwartz values inventory - which has been tested across many countries worldwide - was therefore included in our 2007 national survey. This 'human values inventory' has been thoroughly tested and refined over several decades of research in many diverse world cultures and thus represents the full spectrum of value priorities that are common to all human societies.

We asked 1,013 Jamaicans to indicate how important 35 key values from this inventory were to them. On the basis of that, we were able to determine which values are more, and less, important to Jamaicans. This is the first time this has ever been done in a nationwide sample, thus addressing 'scientifically' the basic question: "What are the values of Jamaicans?"

Findings of the values survey

The national ranking of the 35 value items is listed in the table from those Jamaicans who gave the highest rating, to those they gave the lowest. Values near the top of the list are the strongest ones in Jamaican culture and are more universally accepted.

Professor Shalom Schwartz of Hebrew University has isolated several 'universal dimensions' of human values, which seem to be present in all cultures in greater or lesser extent. One of these is the "egalitarianism versus hierarchy" dimension. Using the 2007 national survey results summarised in the table, we can see that Jamaicans clearly are more egalitarian (equality-oriented) than hierarchical in their social values. Thus, values like 'equality', 'responsibility' and 'social justice' are generally favoured over 'wealth', 'authority' and 'social power' in the rankings.

Another important Schwartz dimension is 'embeddedness versus autonomy'. Jamaicans tend to be somewhat more embedded than autonomous in their value priorities. Thus values like 'honouring of parents and elders', 'politeness' and 'religious devotion' generally prevail over 'choosing own goals', 'a varied life' and 'creativity'.

With respect to a third key dimension, 'mastery versus harmony', there is apparently an uneasy tension between these two in Jamaican society, though mastery is valued slightly higher overall. Thus Jamaicans give relatively high rankings to both mastery-related values ('ambitious', 'successful') and harmony-related values ('inner harmony', 'a world at peace').

Finally, there is the much-studied dimension of 'individualism versus collectivism'. In individualist cultures, the independence of the individual takes precedence over the needs of the group and society as a whole. Individual achievement, personal satisfaction and self-fulfillment are more highly valued. Conversely, in collectivist cultures, group harmony takes precedence over the wishes of the individual. Security, duty, obligation and harmony are more important values.

Whereas many world cultures tend to be predominantly either individualist (e.g. United States) or collectivist (e.g. Japan) in their value orientations, in Jamaica both appear to be high and about equal in strength. Neither clearly predominates. The highest-ranking values in Jamaica include a mixture of core 'collectivist' values - honouring parents and elders, family security, equality, loyalty, friendship, responsibility and individualist values - independence, success, ambition, freedom, choosing one's own goals, etc.

As these results illustrate, the country's values can in fact be measured using nationally representative survey instruments - in the same way that a census of demographics, or economic trend data, could be. The importance of these values in maintaining a healthy democracy has often been overlooked by policymakers. Understandably, they become preoccupied with shorter-term legal and financial aspects of governance. However, as Carl Stone had pointed out, in the longer term, a healthy democracy, if it is to thrive over time, must be rooted in a widespread consensus on values which is shared across all major segments of the society.

To assume that such deeply rooted 'habits of the heart' are unimportant, or unmeasureable, runs the risk of generating national policies that will be socially and culturally ineffective. National values research of this sort should therefore prove useful to public and private sector policymakers — and to schools, churches, police, businesses and other groups within Jamaican society — as it helps identify approaches that are most likely to be favoured by the citizenry, as opposed to strategies that may result in alienation or resistance because they are at variance with deeply held values. In the long run, policies that are inconsistent with those values ... will fail.

Lawrence Alfred Powell serves as polling director for the Centre for Leadership and Governance, UWI, Mona. He can be contacted at lawrence.powell@uwimona.edu.jm.