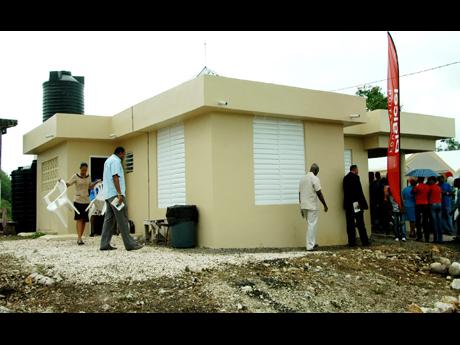 The Type One facility was built through a partnership between the Digicel Foundation and the Culture, Health, Arts, Sports and Education (CHASE) Fund at a cost of $10.9 million.

Health Minister Rudyard Spencer said the opening of the centre was an important step in the effort to improve the quality of health care for all Jamaicans.

He explained that the ministry was focused on changing the health-seeking behaviour of Jamaicans, who prefer to access health care at hospitals rather than health centres or clinics.

Noting that resources to the primary health-care sector were being systematically deployed in order to broaden access to health care, he said the farther people travel to access care, the more expensive non-health costs would be.

He stated that Ministry of Health data show that visits to health centres reached over three million since the abolition of user fees in April 2008, and that persons who accessed the service at this level saved more than $1 billion. That figure represents approximately 25 per cent of the savings that have accrued to Jamaicans who have used the public health facilities under the fee-less policy, the minister said.

Spencer said free public health care, a major plank of the Jamaica Labour Party's 2007 election campaign, was important to the broader development agenda of the country. He noted that the Government has increased the money spent on drugs by 100 per cent since the abolition of user fees, moving from $1.2 billion to $2.4 billion to satisfy the 44 per cent increase in visits to public pharmacies.

The Jeffrey Town Health Centre is equipped with a waiting area, an office, a record-keeping area, two examination rooms, two bathrooms, a kitchen, a storeroom and a wash area.