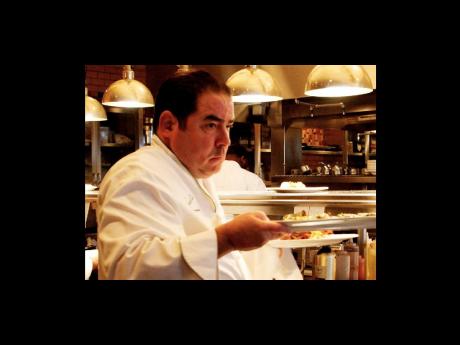 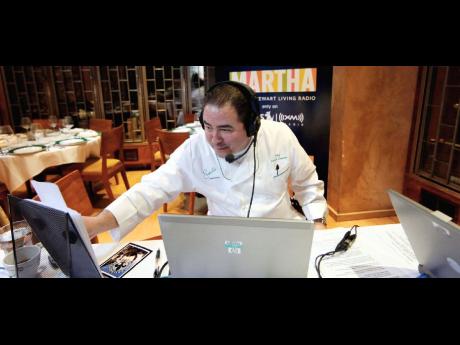 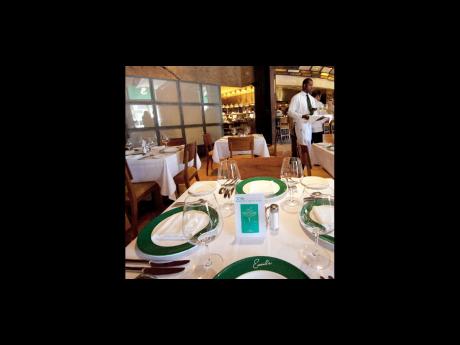 Nearly 20 years after Emeril Lagasse begged, borrowed and scrounged every penny he could to open his own restaurant, the celebrity chef worried it was all slipping away.

Lagasse's 17-year run on the Food Network was over. Hurricane Katrina had caused at least a $1-million loss to his three New Orleans-based restaurants and cut his profits by a third.

But just when things were looking the bleakest - bam! - Martha Stewart kicked it up a notch and the 50-year-old Lagasse is back.

"She showed up at a tough time when I thought the whole ship might be going down," Lagasse said during a recent interview. "Basically, what I have now is a business partner."

He also has a string of successful restaurants, a new television programme, regular appearances in Stewart's magazines, and a 10-cookbook publishing deal (the third of which will be released in June).

Martha Stewart Living Omnimedia, the New York-based media and merchandising company founded by the domesticity maven, in 2008 bought the rights to Lagasse's franchise of cookbooks, television shows and kitchen products from him for $45 million in cash and $5 million in stock. The final price could rise to up to $70 million.

"Maybe it didn't save me, but it sure gave me some breathing room and got the banks off my back," Lagasse said.

Stewart said she has admired Lagasse even before he opened his first restaurant, and credits him with helping to take food television mainstream.

"His remarkable talents in the kitchen and his high-energy exuberance delight and inform," she said. "He made television cooking programmes mainstream, opening the category to new audiences and proving that cooking is something everyone can enjoy."

Despite his astounding success, Lagasse, who celebrated the 20th anniversary of his first restaurant this month, said the restaurant business is fraught with peril, and a big blow can topple even the most carefully built achievements.

"It takes a lot more than good cooking to make a restaurant a success," said Eric Linquest, president of Emeril's corporation, who has been with Lagasse from the start. "You have to watch thefts, food that's not used, all kinds of expenses. Part of his success is that Emeril has built a core group of people who are very loyal to him and put them in his restaurants."

There was no problem giving up the rights to the 15 cookbooks he has written, Lagasse said. Or products, like "Emeril's Kicked Up Seafood," his essences and rubs, sauces and salsas, his cookware, cutlery, tableware and textiles, apparel and gifts.

"I don't have any regrets," he said. "The experience with Martha Stewart has been delightful. She's a smart lady and a hard worker. My little bit just fits into a corner of her empire, and I'm happy to be there."

Lagasse's troubles started when Hurricane Katrina hit New Orleans in 2005, flooding 80 per cent of the city and forcing a complete evacuation of residents. The storm damaged his three restaurants - Emeril's, NOLA and Delmonico's - and destroyed Lagasse's Mississippi home.

"What a tough time," said Linquest. "We spent easily a million dollars getting the restaurants back in shape. And overnight a third of the revenue of the company disappeared."

In the deal with Stewart, Lagasse retained his 13 restaurants that dot the landscape from Las Vegas to Pennsylvania, each an obvious labour of love.

Sitting in his namesake restaurant in New Orleans, in his crisp, white chef's coat with 'Emeril's' stitched in green over his heart, his winning smile quick, the conversation ebullient. It's hard to imagine that Lagasse feels more comfortable in any other setting.

He's not sure if he wants more restaurants in his chain, however. He says he turns down 40 to 50 proposals a year.

"I'm finally off the roller coaster ride I've been on for 35 years," said Lagasse, who has two grown daughters, a seven-year-old-son and five-year-old daughter.

"If you're not careful, you can put yourself in a situation where you have no time for your family," he said.

Not that Lagasse's schedule will be light. He visits each of his restaurants regularly, and when he's in one, he's in the kitchen cooking.

"Emeril has this magnetic-type personality, he's easy to talk to and he talks easily," said Ella Brennan, the grande dame of the Brennan family restaurants, who hired Lagasse in the '70s at New Orleans' famous Commander's Palace. "It's part of what makes his restaurants so welcoming, and it's certainly what makes him such a popular television personality."

Lagasse's new Sirius radio show, 'Cooking with Emeril', takes calls and features various guests. He did it from Emeril's in New Orleans as part of the 20th anniversary, interviewing people who helped him start his empire, and people from his foundation, which benefits everything from summer camps for children to cooking training.

Lagasse also has partnered with Allen Brothers Steaks to launch Emeril's Red Marble Steaks. The products, described as premium, high-quality cuts, will be available for purchase online beginning next month.

And his new television show - with a band, celebrity guests and a live television audience - began April 18 on ION Television.

"Despite 20 years, I think the public appetite for him has not diminished," said Tanya Steel, editor of Epicurious.com. "People love him. They think of him as this kind of big-hearted person with big-flavoured food."