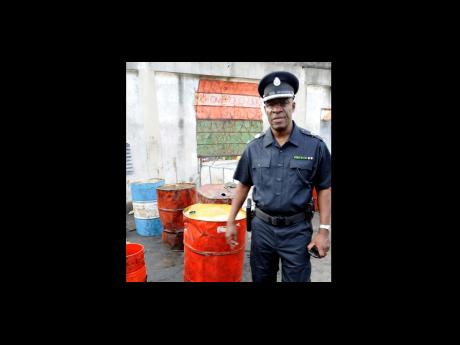 The Police High Command is seemingly calling for Jamaicans to look in the mirror, as the cries get louder for immediate action to end the wanton bloodletting across the island.

Under increasing pressure from civil society over the runaway crime figures, the acting police commissioner, Owen Ellington, has released a list of measures already introduced by the police in an effort to tame the crime monster.

However, Ellington also appealed to Jamaicans for support at a time when 493 people were killed across the island in the first 110 days of the year.

"In order for these policing activities to work, and to ensure the safety and security of all Jamaicans, it is important that citizens continue to support the police by sharing information about criminal activities, even where those involved are related to them," Ellington said in a release issued yesterday.

"It is also crucial that all Jamaicans obey the laws of the land and resist temptations to take part in any illegal activities which offer financial or other benefits," added Ellington.

The acting commissioner also warned that persons not involved in criminal activities could be targeted because of crimes committed by family members.

"It is also true that those involved often attract violence to family members and associates. A criminal offender in the household is an immediate security threat to the entire family," said Ellington.

According to Ellington, the measures introduced by the police include high-visibility-uniformed patrols and presence in communities and commercial areas.

Ellington said the police had also introduced covert patrols and presence to take advantage of the element of surprise in apprehending criminals with evidence.

The acting commissioner's comments came less than 24 hours after Prime Minister Bruce Golding sought to assure the country that the Government was providing all the necessary policy support to the security forces.

"... including improving their forensic capabilities, restructuring essential intelligence and crime-fighting units, such as the Transnational Crime and Narcotics Division, and decentralising resources to enhance capability at the divisional level.

"We have increased the number of police vehicles to 1,750, the highest it has ever been," Golding told Parliament on Tuesday during his contribution to the 2010-2011 Budget Debate.

According to Golding, efforts were also continuing to improve the management of the force through more rigorous recruitment and training, and the police had enjoyed some success.

"The drive to rid the force of corruption continues to be intense, and 64 members were arrested and charged last year for varying offences," Golding said.

He announced that the anti-crime bills, which had been before Parliament for some time, would be reintroduced, while anti-gang legislation and the regulations to introduce plea-bargaining will also be laid on the table of the House of Representatives.

The Cabinet has approved a contract valued at £314,000 for 1,000 protective body armour for the police force.

Policemen and women have frequently complained about the shortage of ballistic vests and helmets, and this purchase is expected to ease that somewhat.