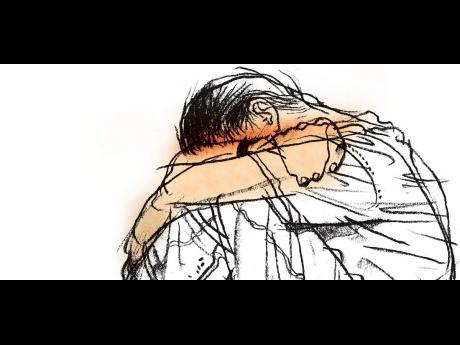 More Jamaicans are attempting suicide. A large number of that group are females.

The 2009 version of the Economic and Social Survey Jamaica, published by the Planning Institute of Jamaica, revealed that of the 98 attempted suicide cases that showed up at the island's public-health facilities between January and June last year 72 were females.

The trend continues in the same vein, with more than 70 per cent of the attempted suicide cases in 2008 being females.

Out of the 183 cases seen at the public hospitals, 137 were females.

Dr Donovan Thomas, founder and president of the suicide-intervention organisation Choose Life International, said while more men were successful in taking their lives, females tend to use more moderate means, which may be a cry for help rather than a will to kill themselves.

"Many more men take their lives because they use more drastic means so they most times end up being successful, but females may cut their wrist or take tablets, which may draw the attention of others before death occurs," Thomas continued.

The Jamaica Constabulary Force statistics provided by the Planning Institute of Jamaica (PIOJ) revealed that of the 56 suicide cases in 2009, 52 were males. It also showed that 41 males out of the 47 cases took their lives in 2008.

"You see, when men decide that it is over, it is really over, because they are not used to expressing their feelings. They normally internalise their problems," he added.

According to the expert, the most popular reasons why women became suicidal had to do with broken love affairs, financial problems, sexual abuse and unplanned pregnancies.

Consultant psychiatrist Dr Anthony Allen echoed similar sentiments, saying females normally expressed emotions more by using suicidal methods, but most of the times it was a way to seek attention.

"They tend to take something impulsive to demonstrate how frustrated they are, but they normally inform someone else about their act so they end up getting help before it is too late," he said.

The psychiatrist disclosed that while this was a general pattern with women worldwide statements indicating a will to commit suicide should not be taken lightly.