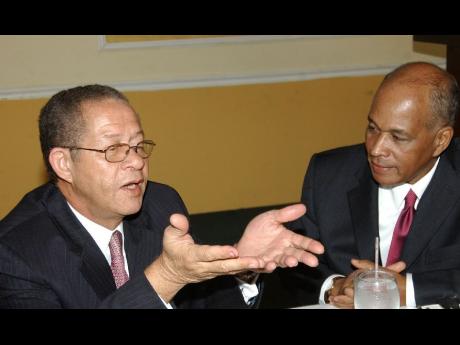 The National Housing Trust (NHT) has offered a sweet deal to developers who for three years will have access to financing at a subsidised rate of three per cent, in exchange for cheaply priced houses targeted at the lower tier of the residential real estate market.

The Jamaica Developers Association (JDA) has pronounced the new Developer's Incentive Programme (DIP), disclosed among a raft of NHT policy shifts by Prime Minister Bruce Golding in Parliament Tuesday, as a win for its members, who would otherwise borrow from the trust at eight per cent.

JDA president and principal owner of Geon Group of Companies, Reynold Scott, told The Financial Gleaner that the financing plan was the right type of incentive for the construction sector, which has become sluggish in the recession.

"We see it as a stimulus at the end of the market where there is greater effective demand, which is the $5.5 million ceiling in one instance; and for the $9 million two-person combined loan … ," he said.

Real estate brokers who estimate that, while the programme would likely drive down market prices, it would mean more affordable housing on the market.

"If developers take up that offer and they can find lands to match that price point, it will definitely have an impact on market development," said Edwin Wint, president of the Realtors Association of Jamaica and chairman of La Maison Property Services.

"It will keep the price point low and increase the availability of low-cost housing solutions," he said.

Scott said the JDA needed more details on how the programme would operate, but even absent of the specifics, he was upbeat about the reduced cost of capital.

"That should see a stimulation in development activity because a three per cent loan is a base loan, so there is not much risks in the interest demand on development, as opposed to the commercial banks which have interest rates at 12-15 per cent," he said.

The JDA president noted that the only problem he foresees is land availability to construct the units.

"Land availability would be out on the Spanish Town highway to facilitate these homes at these levels, and also there are some existing housing stock in Kingston that have been stagnant," he said. "The market has been flat and I expect that there may be some take-up of these homes."

Scott said the only factor that might impact on the final market price was the land acquisition costs.

"If we were able to get the promise of stamp duty and transfer tax reduced to zero - zero - then that would create a stimulus across the board at all sectors of the housing market, ultimately," he said.

"I am sure that is what the Government would be looking at."

Finance Minister Audley Shaw, shortly after taking office in 2007, had promised to abolish transfer taxes and the reduction of stamp duties, but so far has only reduced the rates.

On January 1, 2010, the Government again reduced the transfer tax to four per cent and stamp duty to three per cent.