Op-ed contribution - The end of the Third World 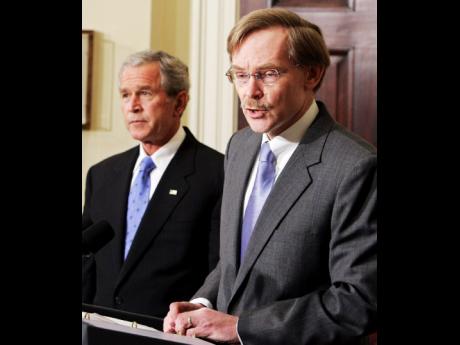 If 1989 saw the end of the 'Second World' with communism's demise, then 2009 saw the end of what was known as the 'Third World'.  We are now in a new, fast-evolving multipolar world economy - where north and south, east and west, are now points on a compass, not economic destinies.

But the manner in which we must address these issues is shifting. The outdated categorisations of First and Third Worlds, donor and supplicant, leader and led, no longer fit.

Today, we already see the strains in multilateralism. The World Trade Organization Doha Round and the climate change talks in Copenhagen revealed how hard it will be to share mutual benefits and responsibilities between developed and developing countries.

And this will be the case for a host of other looming challenges: water, diseases, migration, demographics, and fragile and post-conflict states.

It is no longer possible to solve big international issues without developing country buy-in. But in discovering a new forum in the G-20, we can't impose a new, inflexible hierarchy.

Nor can we address this changing world through the prism of the old G-7; developed country interests, even if well-intentioned, cannot represent the perspective of the emerging economies.

But modernising multilateralism isn't all about developed countries learning to adapt to the needs of rising powers.

With power comes responsibility. Developing countries need to recognise that they are now part of the global architecture and have an interest in healthy multilateralism.

We cannot afford geopolitics as usual.

A 'New Geopolitics of Multipolar Economy' needs to share responsibility while recognising different perspectives and circumstances, so as to build mutual interests.

Take financial reform: of course we need better financial regulation. But beware unintended consequences like financial protectionism. Regulations agreed in Brussels, London, Paris or Washington might work for big banks but could choke off economic opportunity and growth in developing countries.

Wall Street has exposed the dangers of financial recklessness, and we need to take heed and serious actions. But financial innovation, when used and supervised prudently, has brought efficiency gains and protected against risk, including for development.

A G-7 populist prism can undercut opportunities for billions.  Take climate change: it can be linked to development and win support from developing countries for low carbon growth - but not if it is imposed as a straitjacket.

Some 1.6 billion people lack access to electricity. While we must take care of the environment, we cannot consign African children to homework by candlelight or deny African workers manufacturing jobs. The challenge is to support transitions to cleaner energy without sacrificing access, productivity, and growth that can pull hundreds of millions out of poverty.

Developing countries need summits for the poor. Hearing the developing country perspective is no longer just a matter of charity or solidarity. It is self-interest.

These developing countries are now sources of growth and importers of capital goods and developed countries' services. Developing countries do not just want to discuss their high debt; they want to focus on productive investments in infrastructure and early childhood development. They want to free markets to create jobs, higher productivity, and growth.

This new world requires multilateral institutions that are fast, flexible, and accountable, that can give voice to the voiceless with resources at the ready.

The World Bank Group must reform to help play this role. And it must do so continually at an ever quicker pace. This is why we have launched the most comprehensive reforms in the institution's history, including boosting developing country voting rights and representation.

Yet, problems need resources to fix them.

The World Bank needs more resources to support renewed growth and to make a modernised multilateralism work in this new multipolar world economy. Should the recovery falter, we would have to stand on the sidelines. This is why the World Bank is seeking its first capital increase in more than 20 years.

In the new multipolar global economy, most governmental authority will still reside with nation states.

But many decisions and sources of influence flow around, through, and beyond governments. Modern multilateralism must bring in new players, build cooperation among actors old and new, and harness global and regional institutions to help address threats and seize opportunities that surpass the capacities of individual states.

Modern multilateralism will not be a hierarchical system but look more like the global sprawl of the Internet, interconnecting more and more countries, companies, individuals, and NGOs through a flexible network.

Legitimate and effective multilateral institutions, such as the World Bank Group, can form an interconnecting tissue, reaching across the skeletal architecture of this dynamic, multipolar system. We must support the rise of multiple poles of growth that can benefit all.