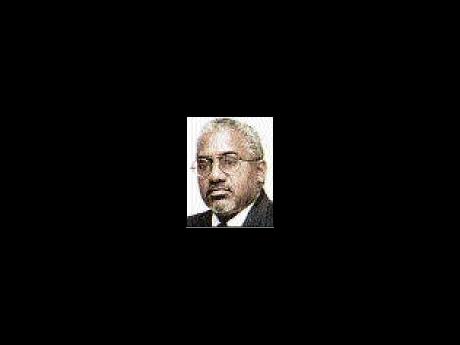 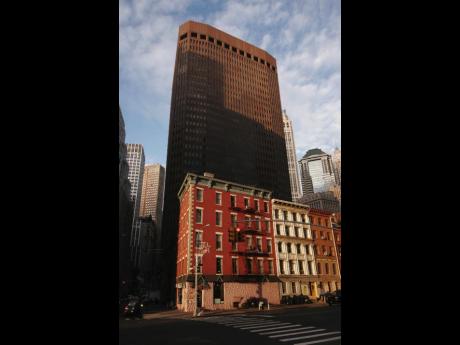 The headquarters of investment firm Goldman Sachs towers over smaller buildings in New York in this December 11, 2006 file photo. - AP
1
2

Below is item 1 of the complaint.

"The Commission brings this securities fraud action against Goldman, Sachs & Co (GS&Co) and a GS&Co employee, Fabrice Tourre, for making materially misleading statements and omissions in connection with a synthetic collateralised debt obligation (CDO) GS&Co structured and marketed to investors. This synthetic CDO, ABACUS 2007-AC1, was tied to the performance of subprime residential mortgage-backed securities (RMBS) and was structured and marketed by GS&Co in early 2007 when the United States housing market and related securities were beginning to show signs of distress. Synthetic CDOs like ABACUS 2007-AC1 contributed to the recent financial crisis by magnifying losses associated with the downturn in the United States housing market."

The deal underlying the complaint was complicated but not overly so.

ABACUS 'CDO' was tied to RMBS. The RMBS were selected by ACA Management LLC, a third-party expert and experienced in these kinds of transactions.

Goldman Sachs did not disclose in their offering and marketing materials, and, therefore, "unbeknownst to investors" that "a large hedge fund, Paulson & Co Inc, with economic interests directly adverse to investors in the ABACUS 2007-AC1 CDO, played a significant role in the portfolio selection process."

Having been instrumental in selecting RMBS included in the portfolio - the bundle of mortgages - Paulson effected credit default swaps (CDS) with Goldman Sachs covering the ABACUS security. This was an insurance policy that, put simply, would read like this: In the event that ABACUS defaults or tanks, Paulson shall be paid the sum contracted in this policy.

Goldman's market capitalisation suffered a hit as its share price fell, upon publication of the filing in New York.

Caution: Goldman Sachs denies wrongdoing, insisting the complaint is completely unfounded having no basis whatsoever in law or fact. Paulson and Co has no relation to former Treasury Secretary Henry Paulson. It is not connected to Goldman Sachs and not enjoined in the complaint.

As it happened, predictably, Paulson's bet won. The collateral security, the mortgages, was downgraded with investors losing US$1 billion and Paulson profiting US$1 billion. This type of event led one Congressman to describe Wall Street's derivative operations as akin to a car salesman calculatingly selling a vehicle with defective brakes, immediately thereafter, taking insurance on the unsuspecting purchaser's life as he drives his spanking new automobile out of the lot.

Legislation pending in the US Congress to regulate and clean up operations on Wall Street contemplates bringing derivatives' trading into the open.

As of now, trillions of dollars worth of obligations among counter-parties are entirely opaque to the authorities, indeed to the financial services industry itself. One oft-repeated claim made for derivatives is their utterly incomprehensible complexity - no one really understands them, they must be left entirely up to brilliant, usually young, Wall Street innovators. Not true really.

Perhaps the greatest requirement for such dubious creativity is not prowess in mathematics, engineering or physics tacked onto an economics background, but rather buy in to a kind of amorality fostered by frat-house thinking among intelligent adults viewing one aspect of life - the day job - as a game involving predator and prey!

Here from the complaint at paragraph 18, are quotes of an email from Goldman's Tourre to a friend on January 23, 2007:

"More and more leverage in the system, the whole building is about to collapse anytime now … . Only potential survivor, the fabulous Fab[rice Tourre] … standing in the middle of all these complex, highly leveraged, exotic trades he created without necessarily understanding all of the implications of those monstrosities!!!"

Evidently, this is funny - the juvenile, morbid joke of an irresponsible adolescent holed up in Goldman's fraternity house. Another email, February 11, 2007 to Tourre "from the head of the GS&Co structured product correlation trading desk stated in part, "the cdo biz is dead we don't have a lot of time left."

In the face of these, Goldman's claim of no 'foundation in fact' may be difficult to sustain! Instructive language: we speak of fund managers and investors as 'players'.

Late theoretical physicist, participant in the Manhattan Project, the atom bomb, cheerful player of bongo drums, youthful prankster and Nobel Laureate Richard Feynman held that if one truly knows one's subject it should be possible to explain it to the cleaning lady.

He was right. For readers with web access, here's a URL for a site that I think demonstrates this: http://marketplace.publicradio.org/display/web/2009/10/15/whiteboard-der...

Paddy Hirsch does an excellent job even though on occasion making slip-ups; no human is really God, although the pompous and pretentions among us delude themselves with such thoughts!

Wall Street reform through regulation is eminently possible. Glass-Steagall rules delivered stability with growth for more than half a century. Politics and money, sprinkled with a large helping of greed and short-sightedness present obstacles.

The Obama administration seems, however, to understand that without it, capitalism is doomed. The Obama administration, it should also be said, cannot be oblivious to the fact that as provider of the world's currency, dependent on the likes of a burgeoning China as dominant holder of its sovereign debt, rigged roulette games on Wall Street fuelled by derivatives is exactly what Warren Buffet termed them: financial weapons of mass destruction. The one chance, to rebalance this upturned pyramid of floating financial contracts dwarfing industrious and socially useful economic production, the one time to correct this problem, is now. For a vast majority of the US electorate supports the endeavour.

Home in Jamaica we, apparently forgetful of their pervasive destructive impact, still hurt from our mid-1990s meltdown, Cash Plus, OLINT and other schemes.

Indeed, we continuously add corruption, growing levels of criminality and criminal violence to woolly, wobbly responses in governance that, left unchecked, doom the country to failed state status. We too, yet have the chance to rebalance our behaviours to line up with ascending stars.